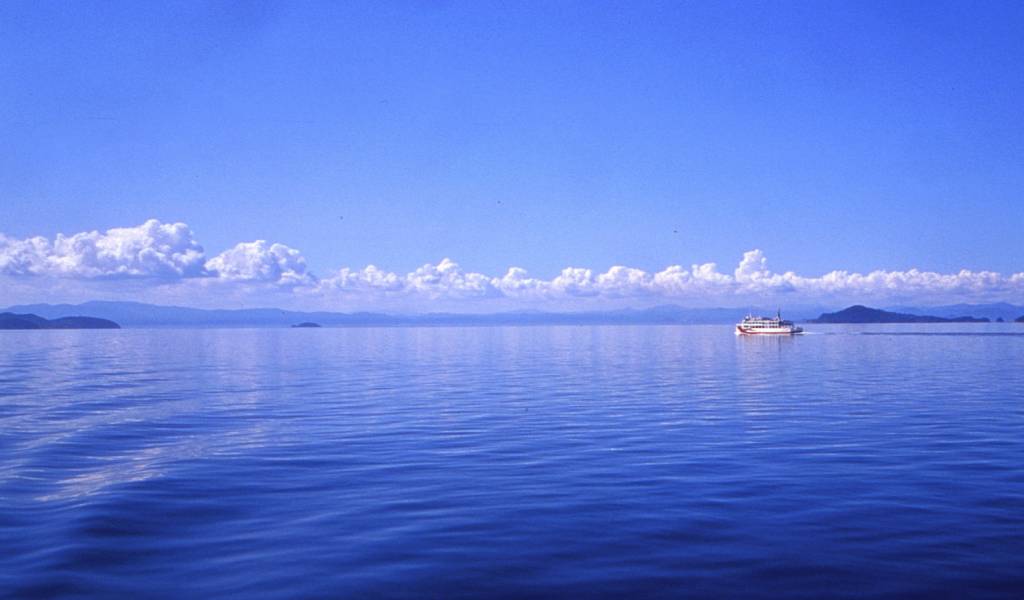 If you’re looking to travel between Hiroshima and Shikoku, the good news is there’s currently a great deal for foreign passport holders across the Seto Inland Sea.

There are two ferry lines that travel between Hiroshima and Matsuyama: a high-speed boat that usually costs 7,100 yen each way and a car ferry that costs 3,600 yen. But until March 31, 2016, if you show a foreign passport at the booking office you can slash those costs to 3,800 yen for the fast boat and 2,000 yen if you feel like taking it slower.

The ‘Super Jet’ fast boat takes 68 minutes between Hiroshima and Matsuyama, and about half the crossings also make a stop at Kure Port (which adds about 10 minutes to the journey). The ‘Cruise Ferry’ takes 160 minutes between Hiroshima and Matsuyama, and all but one crossing makes a stop at Kure. We’ve used the Super Cheapo car ferry and can report the décor reminds us of a 1970s bingo hall, which is excellent.

If you’ve got a rail pass, the cheapest option is of course the train via Okayama. One massive downside: it takes at least four hours to get to Matsuyama, so if you’re coming from Honshu to explore Shikoku, maybe stop off somewhere like Takamatsu first.

Two extra things to note: you can only pay in cash, and the ferries dock at Matsuyama Kanko (Tourist) Port. To get there, take an Iyo Railway train from Matsuyamashi Station to Takahama (20 minutes, 410 yen), which is a 10-minute walk from the port. Alternatively, there’s a shuttle bus that makes stops at various points in Matsuyama and headed straight to the port. Several train lines run to Hiroshima port so you’re sorted on that end. Happy sailing!