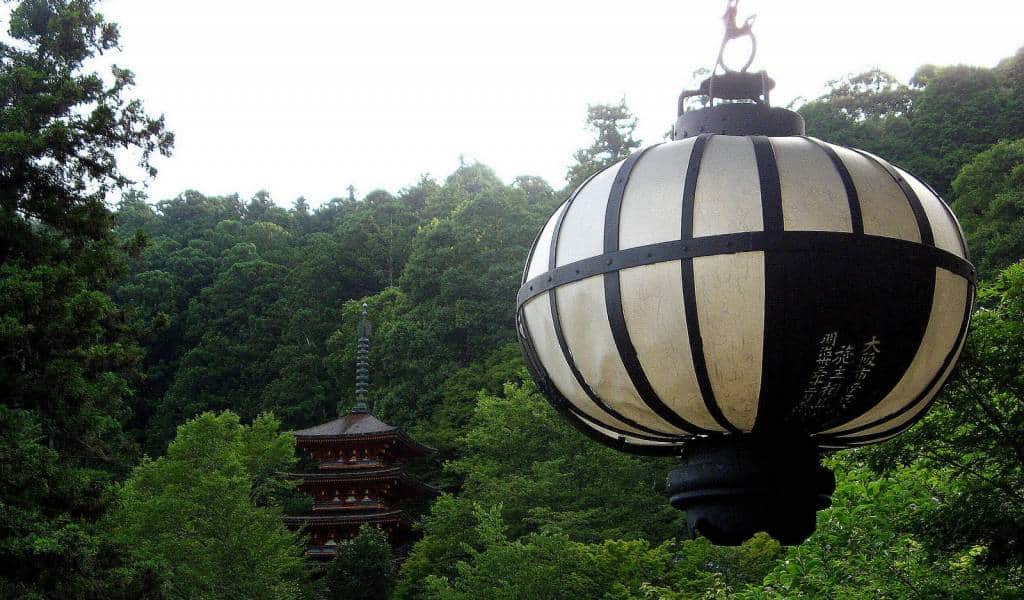 The Noble Hasedera: Discovering Gems in the Nara Countryside

There’s more to Nara than the Great Buddha and a day in the park. When the crowds get too much, why not head out into the Nara countryside? About 30 km south of Nara City is Hasedera, an 8th century Buddhist temple of stoic nobility also famous for its flowers. You can get there by train from Osaka in 50 minutes, or in 1 hour 16 minutes from Kyoto.

How to Get to Nara Hasedera Temple

Hasedera (not to be confused with the slightly better known Hasedera in Kamakura) is tucked away at the end of a long, narrow valley leading off from Sakurai City in Nara Prefecture. From Hasedera Station (長谷寺駅) it’s a 10-minute-walk down into the valley, and then another 10 minutes up to the temple. There are souvenir shops, local eateries, and roasted mochi to enjoy along the way. The standard entrance fee is ¥500.

Things that make Hasedera a great day out

Hasedera is a temple worth visiting at anytime of year. The hilly grounds encapsulate all seasons with an array of blooms, while autumn leaves give way to snowing coverings for a brief period in winter.

There are a lot of temples to visit in Japan, but Hasedera is memorable for its uniquely engaging design. The way up is through three interconnected wooden pillared corridors. They form a kind of dragon’s tail with peony terraces, hydrangeas, and cherry blossoms along the way.

Hasedera is also distinctive for its scaffolded platform similar to Kiyomizu Temple in Kyoto. The viewing area for the Buddha is along an open stone corridor which backs onto an open-air stage. Nara Hasedera exudes a sense of stoic nobility, with plenty of shade and places to explore.

The main Buddha statue of Hasedera is a magnificent 11-headed Avalokitesvara, or Juichimen Kannon. It’s the largest wooden statue in Japan and dates from the year 1538. The 10 small heads around the main visage are said to emanate compassion in all directions. They can also represent the 10 stages of enlightenment in the esoteric or tantric tradition.

From March to July 10, if you pay an extra ¥1,000, you can go inside the deity chamber. It’s an impressive sight close up and you can see some other treasures and art works too.

From March to June 5, their treasured 16m hanging scroll is open to view at ¥500. An all inclusive ticket is available at the lower gate for ¥1,700. If you’re short on change, you can duck into their little museum of artifacts from March to May and October to December at no charge.

Hasedera exudes wealth in more ways than one. The temple is particularly loved for its seasonal blooms. Of course, there are plenty of cherry blossoms here, and some of them bloom as early as the first week of March.

However, the temple is more noted for its gorgeous peony displays. If you can, check out their delicate winter peonies with cute little straw hats! Here are the times of their main blooms:

From its scaffolded platform tower, there are pretty contemplative views over the valley below. In winter, if there’s good snow fall, it’s particularly scenic. To one side you can see the 5-story pagoda, and to the other you can see the dragon tail staircase.

Continue to Muroji from Hasedera

Another great Nara destination is Muroji Temple — a couple of stations further down the line from Hasedera in Uda city. It’s home to 3,000 rhododendrons flowering from mid April through early May. And, it has the smallest 5-story pagoda in Japan!

Hasedera, however, can be particularly captivating in the early evening when the lanterns come on. So, it’s often a good idea to go to Muroji first, and then you don’t have to worry about the last bus back.