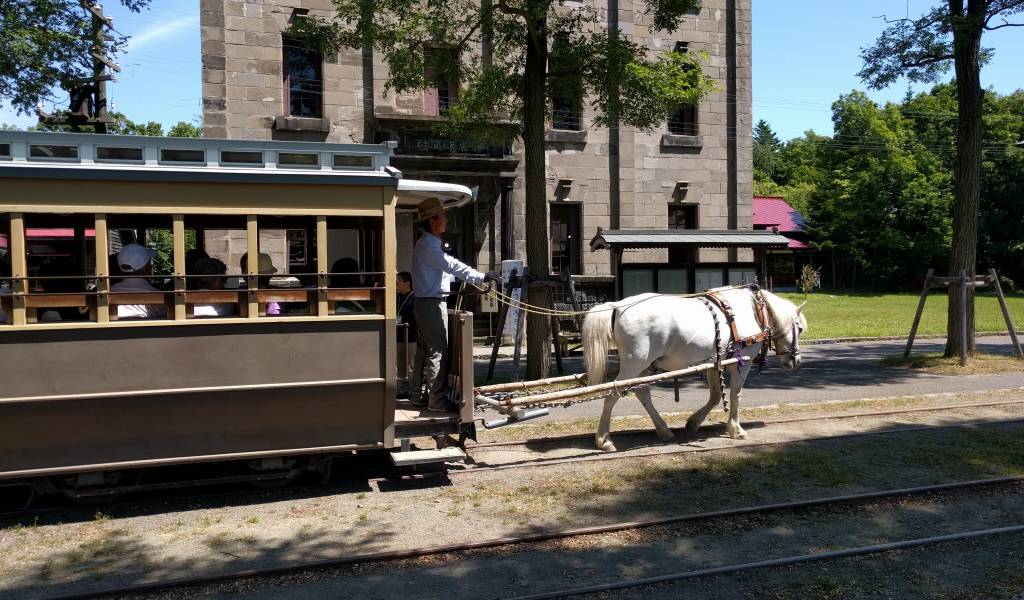 Discovering Japan's "Wild West" at the Historical Village of Hokkaido

Did you know Japan had its very own “Wild West”? Well, it is more like “Wild North”as the area we are referring to is actually in Japan’s beautiful northernmost island of Hokkaido.

Once upon a time the harsh nature of Hokkaido was only inhabited by the ingenious Ainu people, but the Japanese people gradually migrated further north and eventually arrived on the island. At first, the migration was rather sporadic and mainly consisted of a wide variety of outcasts escaping from the society that shunned them. Following the end of Japan’s Civil War and its feudal era, the new government started encouraging Japanese to migrate to Hokkaido and cultivate its rich lands.

While the days of pioneering are long gone, its atmosphere remains on the 54 hectares of the Hokkaido Historical Village. Taking you back through the ages, the village features 60 Japanese- and Western-style structures dating back to the Meiji and Taisho periods. The village has gradually expanded since its opening in 1983 as it dutifully preserves more and more buildings.

Along the main street you will see many stately and imposing buildings that once served as the post office, middle school and a replica of the main office of the Hokkaido Development Commission that once stood in Sapporo. You will even find the shops along the street to be fully stocked with their finest ‘goods’.

Smaller communities are scattered around the main street ranging from farming households and logging camps where many of the earliest pioneers spend their cold nights hustling around the fire. Wearing almost a dozen layers of clothes in winter, you can easily imagine how harsh their life must have been in just traditional clothing, but even in spring you cannot help but admire their perseverance.

Hop on the horse-drawn sleigh or carriage

For many visitors it is not the buildings or calm surroundings that they remember most of their visit to the Historical Village, but rather their ride on a genuine horse-drawn sleigh in winter. In the days of the pioneers, and even today in some areas of Hokkaido, horse-drawn sleighs were one of the locals’ main modes of transport for heavy items such as logs and snow. The people of Hokkaido and horses share a very close bond as the island is home to some of the most famous breeders (the word “dosanko” refers to both the people of Hokkaido and their horses).

Outside of winter the horse draws trolley along an iron-rail track running from the entrance along the main street to the farming village. A ride on the sleigh or trolley costs ¥250 for adults and ¥100 for children, which is without a doubt worth every penny!

The Historical Village is a bit trickily located within Nopporo Forest Park. From JR Sapporo Station, take the train on the Hakodate Main Line to Shinrin-koen Station. From there, walk about 5 minutes or take the local bus that stops right in front of the entrance.  It takes approximately 40 minutes and costs ¥260.

In case you are carrying luggage there are some coin lockers at the entrance of the village. The village is open every day, except for every Mondays and December 29th to January 3rd, from 9:00 to 16:30 with a last admission at 16:00. Be aware that there is an admission fee of ¥800 for adults or ¥600 for children.

If you still have some time left and cannot get enough of Hokkaido’s unique history, the Historical Museum of Hokkaido is just around the corner displaying indigenous Ainu culture as well as more on the pioneer life of the 19th century.