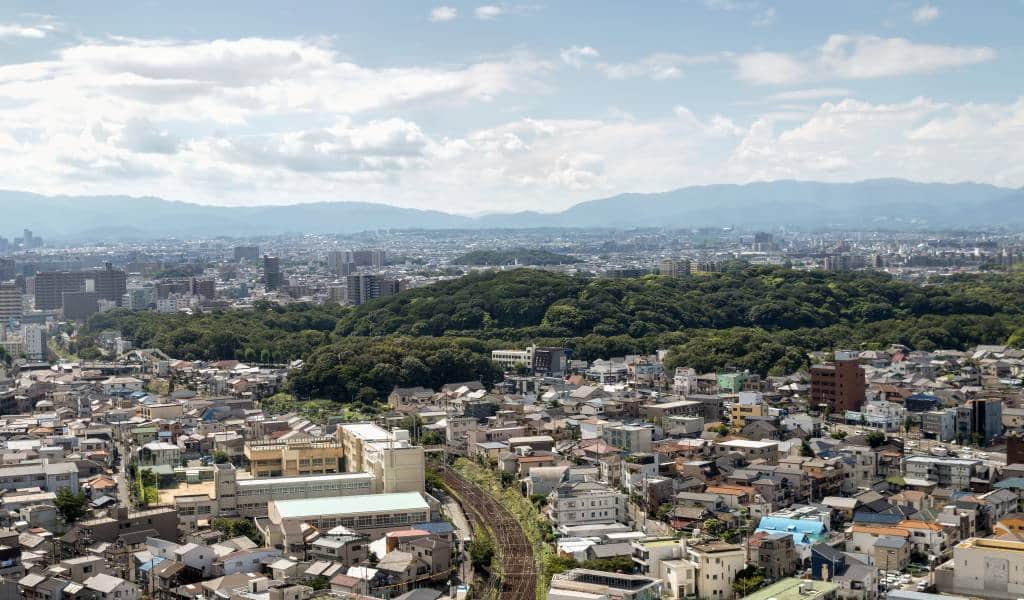 When you look at satellite images of Osaka or Nara, you may have noticed several key-shaped green areas of various sizes dotted around the landscape. Those are not fancy-looking parks, but rather ancient burial mounds, called kofun (easy to remember as it sounds like the English word “coffin”) for Japanese emperors, Imperial Household members, and powerful clan rulers throughout the ages.

See aerial views of the key-shaped kofun in Osaka and Nara.

Although kofuns come in a few different shapes, such as the circular empun and the square hofun, the keyhole-shaped zempo-koen-fun is by far the most noticable and unique to Japan. These burial mounds vary in sizes, from a relatively small 50 m in diameter to an impressive 400 m in length. Often located in areas of great political or economical importance, kofun tend to be concentrated around Osaka and Nara in particular.

In fact, the largest kofun is Daisen in Osaka’s Sakai district. Divided into three sections, the mound is surrounded by three seperate moats and totals around 500 m in length and 300 meters in width, making its shape only recognizable from the air. By comparison, the ancient Egyptian Great Pyramid of Giza has a base of only 230 m x 230 m, while the Great Pyramid of Cholula in Mexico (a place of worship rather than a grave) has a base of 450 m x 450 m.

Experts believe the Daisen Kofun was built over a period of 16 years by an enormous workforce of 2,000 people each day. So which highly honorable person was buried here? That would be Nintoku, a legendary ruler of Japan from 313 to 399. Nintoku was not known as “emperor” at the time, but rather “the great king who rules all under heaven” or the “Great King of Yamato”.

Although it is not possible to visit the kofun themselves, you can pay a visit to the tiny memorial Shinto shrines in front of them. Near Daisen you will also find the Sakai City Museum displaying maps and drawings of the kofun as well as replicas of Nintoku’s sarcophagus and armor.

Heading away from Osaka to Nara Prefecture‘s Asuka village, you have the opportunity to see burial tombs made of boulders (as you may know them from European countries, such as Great Britain). Just like their massive cousins in other parts of Kansai, these kofun are also protected and nowadays are part of the Asuka Historical National Government Park. Unlike other kofun, the ones in Nara can be accessed.

The tombs at Asuka are far older than the burial mounds in the other parts of the Kansai region, and the Ishibutai Tumulus is perhaps the best known. Said to be the tomb of Soga-no-Umako, one of the region’s most influential leaders and devoted Buddhist, it has a combined weight of 2,300 tons (about 190 full-sized buses).The engineering required just to move such boulders is a feat of its own!

Both the Daisen and the Sakai City Museum in Osaka are just a few minutes’ walk away from Mozu Station on the JR Hanwa Line. The museum is open from 9:30 am to 4:30 pm (closed on Mondays) and costs ¥200. As mentioned before, it is not possible to visit the kofun itself, but the museum offers a lot of information and a great view over a section of Daisen.

At Nara‘s Asuka Historical National Government Park, however, you can visit the kofun, making it a worthwhile trip. The nearest station to the park is Asuka Station on the Kintetsu Line.

In Tokyo, you can check out Maruyama Kofun in Shiba Park, next to Tokyo Tower.