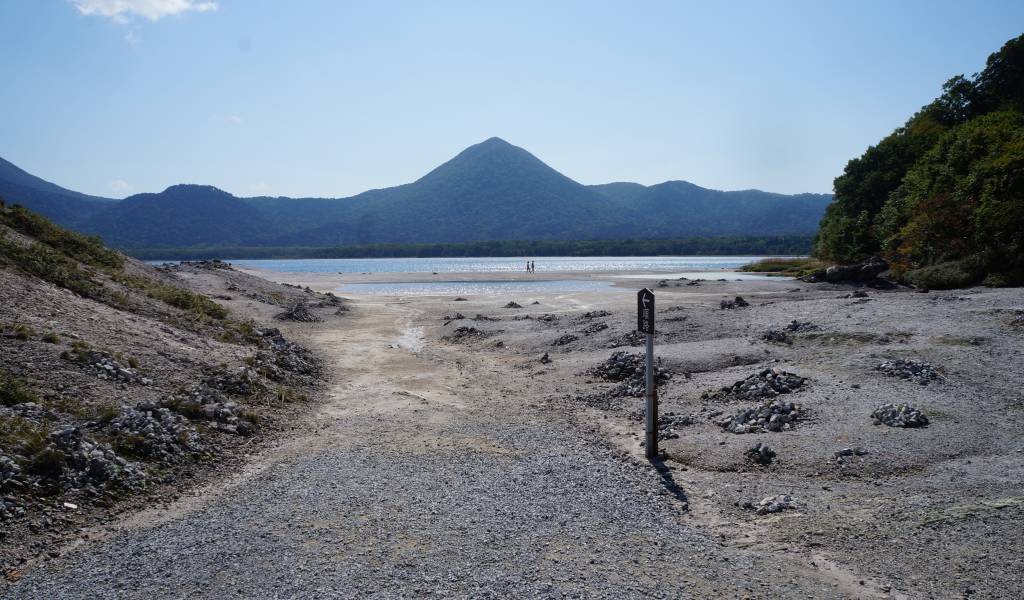 Mount Osore: Visions of Heaven and Hell at Fear Mountain

The strong smell of sulfur meets you well before you step off the bus into the barren, mysterious landscape that stretches before you. And once you alight, Mount Osore (or “Fear Mountain”) welcomes you to hell.

Centuries of volcanic activity has turned the heartland of the Shimokita Peninsula in Aomori Prefecture into this striking scenery. According to the Buddhist monks of Bodaiji Temple, it almost perfectly resembles the descriptions of hell and paradise making Mount Osore one of Japan’s most holy places.

The mountain, the monks believe, is where the spirits of the deceased gather. At the foot of the mountain lies Gokurakuhama, meaning paradise beach, but before arriving there the spirits must first cross the Sanzu no Kawa and Usoriyama Lake. Sanzu no Kawa is the river that flows between life and death. In many ways, the legend is comparable to that of the River Styx in ancient Greek mythology.

A feature many people do not pay much attention to at first are the piles of pebbles along the riverbed. Upon closer inspection, you will find countless of small Jizo statues laying around you. The pebbles are made to guide unborn babies and deceased children while the statues are placed to project the piles against evil spirits that may destroy them.

Communing with the dead at Mount Osore

In early spring, spiritual mediums (itako) come to Bodaiji to begin their spiritual training. For the next few months the women, who in the past were traditionally blind, perform countless purification rituals and meditations in the preparation of the Osorezan Taisai.

The festival, held between July 22nd and 24th, is the one moment in the year the itako are in a deep and perfect trance that allows the living to communicate with their lost loved ones. Grief and cheerfulness melt into one as the ritual, known in Japanese as kuchiyose, opens the gateway to hell and paradise for just a brief moment.

Mount Osore is, as you may imagine, quite a remote area. Despite being a popular sight to visit in the peninsula, only five buses operate between Shimokita Station and the temple each day. The bus ride takes about 45 minutes and costs ¥800.

Please note that Bodaiji Temple is only open from May through October due to the harsh weather that hits the remote area in winter. During that times its doors are open from 6:00 to 18:00 for a minor admission fee of ¥500.

An unforgettable visit awaits those who do not fear the Mount Osore’s threshold into hell and paradise!