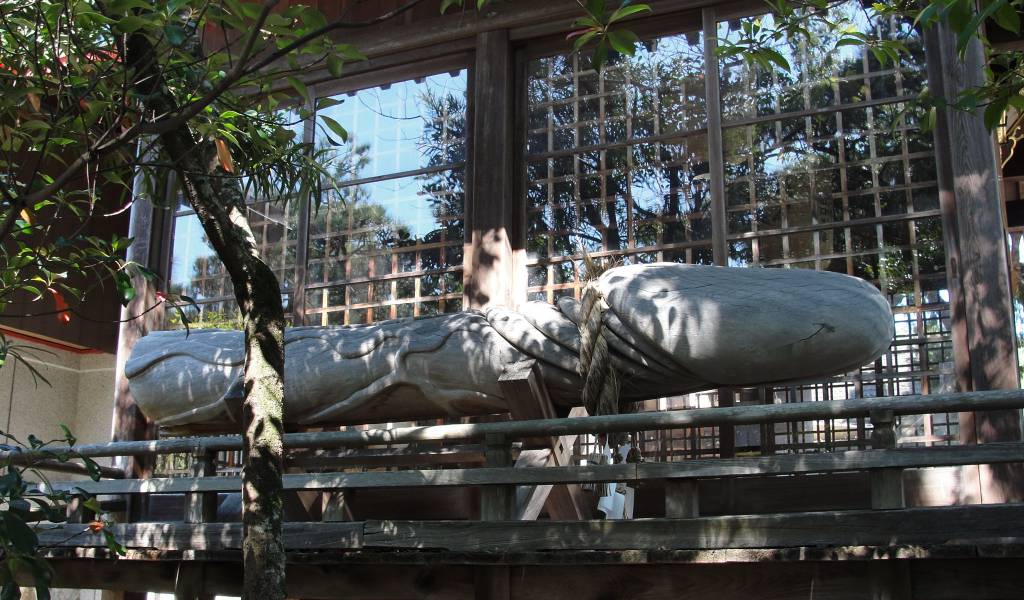 That’s fair enough. Japan’s sex museums are on the decline (even the famous one in Beppu is now an exhibition space for Buddhist art). But this one’s attached to a shrine and run by a priest. A very enthusiastic priest, given the range and extent of this collection of adult objects. So that’s OK, right?

Taga Shrine itself is dedicated to long life and fertility. If you’re wondering whether you’ve found the right place—there are several other temples and shrines en route along the river, Warei Shrine in particular is worth popping into—the phallus statue to the left of the main entrance will immediately set you right. It’s a small site, thick with trees, and has several small buildings dotted around the grounds (check out the one with the creepy dolls).

But we’re not here for the shrine, are we? We’re here for the three-storey building staffed by a bored-looking monk at the entrance gate. (There’s nobody else around during our visit.) By Japanese standards, the 800 yen entry fee isn’t cheapo territory but it’s definitely one of the odder things you’ll do here. And given the 20,000 yen charge to take photos, it’s a museum that will spawn a hundred anecdotes rather than all your friends seeing the pictures on Facebook and never mentioning it again.

Once inside, the first thing to note is that this is all historical. There are lots of artifacts (including shelves and shelves of virtually identical statues of many-armed Hindu gods having sex where the woman appears to be doing all the work. Chuh). I’m pretty sure there’s even a small ornament depicting a spit-roast.

You don’t get that at Tokyo’s Edo Museum.

There are direct trains to Uwajima from Matsuyama that take about 90 minutes and cost 1,810 yen or free with a rail pass. The Taga Shrine is a 15-minute walk to the north of Uwajima Station. The grounds and shrine are free, the sex museum costs 800 yen to enter.

To make a full day of it, you can also visit that original castle (200 yen, grounds are free to enter), and Tenshaen Garden (300 yen) is a beautiful place to pause for a while. Next to Tenshaen Garden is the Date Museum (500 yen), dedicated to the local feudal clan. Uwajima isn’t overburdened with places to eat: try near the station, or in the shopping arcade parallel to the main road east of the castle grounds.