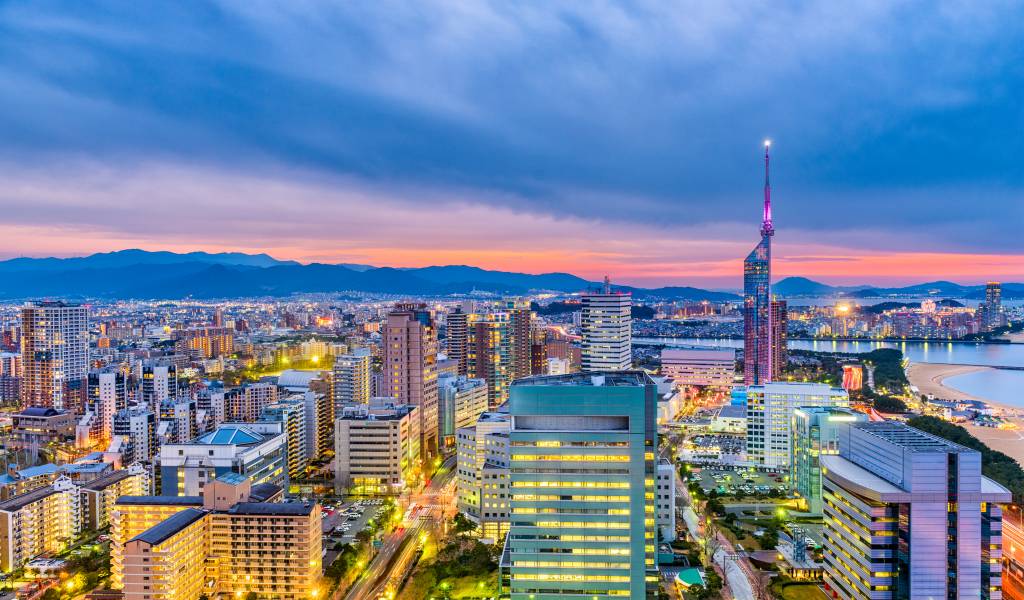 All the Reasons You Need to Move to Fukuoka

Fukuoka, the capital of Fukuoka Prefecture and the largest city on Kyushu, has a centuries-old history as an international hub. Both the Dutch and Portuguese settled and traded in Kyushu after they first arrived in Japan, and the port of Hakata, part of what is Fukuoka today, was one of the first ports of entry for foreigners to Japan. Today, Japan’s sixth-largest metropolis has preserved its open-mindedness. Close to mainland Asia and Taiwan, it serves as a global business center and is attracting more and more foreign residents. You could drop in for a quick visit, but here are the top reasons why you should consider moving to Fukuoka yourself.

A furnished 45m2 studio in a normally-priced area costs you ¥116,000 per month on average in Tokyo, but only ¥69,000 in a comparable area in Fukuoka. That is a difference of 40%! Bills like utilities and an internet connection are also reported to be significantly cheaper. Savings on groceries and lunches in Fukuoka are estimated to be around 26%. With that much more money per month, you can easily afford a bigger place or simply enjoy life more.

Fukuoka has ca. 1.6 million residents, and the whole island of Kyushu around 13 million, which is roughly a third of the Greater Tokyo Area. That means space is generally not an issue. Trains are less crowded, apartments often larger and sidewalks less congested, causing Hakata residents significantly less stress than the average Tokyo salaryman, flaring up in train rage during rush hour.

3. There’s the perfect balance of city convenience and nature

Fukuoka has everything you could want from a Japanese metropolis: a convenient public transport system comprised of trains, subway, and buses. Large shopping malls with the latest Japanese fashion, like the famous Canal City. And no shortage of karaoke joints, bars, izakayas, and even nightclubs that attract international DJs.

The city also has a number of parks, like the scenic Ohori Park, various shrine and temple grounds including Japan’s most important Tenmangu Shrine, dedicated to Dazaifu, and a downtown beach and spacious riverfront to stretch your limbs and breathe in some fresh air. If you want to get away from it all, swimming beaches, waterfalls and mountains are within 60 minutes from the city center.

It has been proven that long commute times are bad for your physical and mental health (ouch for Tokyoites). The average commute time in Fukuoka is only 30 minutes, half of that of Tokyo. Imagine all the things you could do with your extra time! In addition, most places of interest in Fukuoka are within walking distance: from Canal City to the park, to some yatai along the river, to a nice local bar, can all be accomplished stress- and cost-free on foot.

If you came to Japan for the food, Fukuoka will be heaven for you. Praised for its food culture, crowned of course by Hakata ramen, the prefectural capital offers a wide variety of specialties, ranging from their famous yatai (street food stalls), to fresh seafood, mentaiko (spicy pollock roe), motsunabe (pork tripe stew) and more.

Due to its proximity to Taiwan, the city has also developed a vibrant Taiwanese culture. You will definitely not get bored with the choices here—and most at cheaper prices than in Osaka or Tokyo.

One of the biggest arguments that keeps people stuck living in an overcrowded and expensive metropolis is: “But I won’t find a job elsewhere.” But those who search shall (probably) find in Fukuoka: the town has a bustling start-up scene and even offers mentoring and a start-up visa for foreign entrepreneurs.

For those not interested in founding their own company, there are opportunities in the ever-popular English-teaching industry, hospitality, academia (Fukuoka is home to 27 universities and colleges) and business, as many Japanese companies have their RnD centers here, as well as branch offices.

But don’t just take our word for it: Monocle rated Fukuoka as the world’s seventh most livable city in 2016, and Fukuoka ranked first as the most livable city in Japan in a survey of 1,000 business people by the Nikkei Research Institute of Industry and Markets. Finally, it is also Japan’s youngest city.

Have a look at our Fukuoka area guide for more information on this part of Japan.

Looking a little further east? Our guide to moving to Tokyo might be of use.