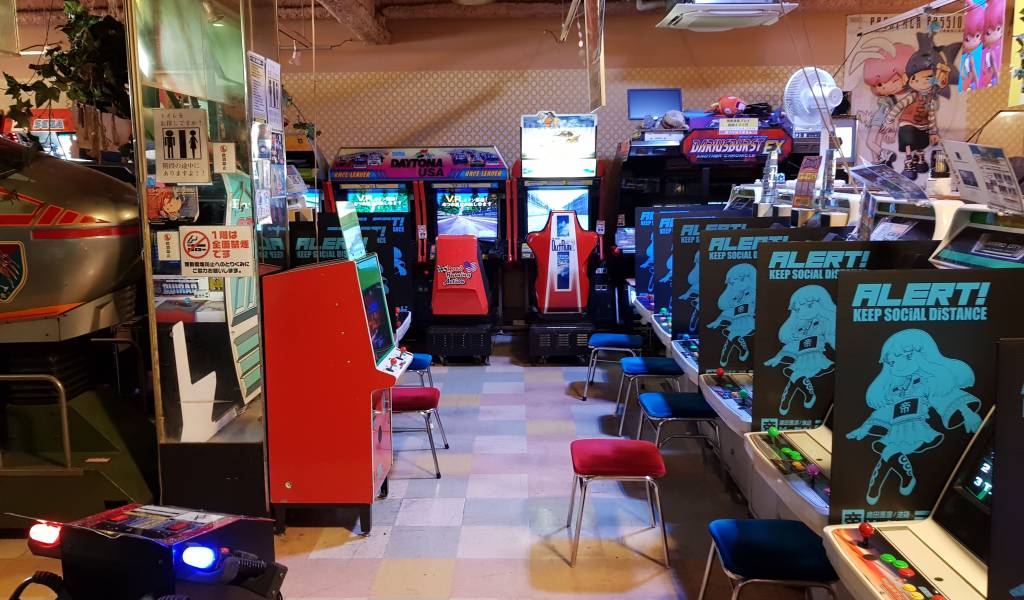 It’s got a reputation for being a nation of innovation, but spend a little time here and you’ll realize Japan is a country that can’t move on, tech-wise at least.

Sure, Japan is the home of endless robot inventions and groundbreaking digital museums, but for some unfathomable reason it’s also home to tech that’s elsewhere obsolete.

Imagine this scene: a man in the office, spending the day sending faxes, and calling clients on his flip phone, before heading to the CD shop to pick up the latest J-Pop release on the way home. Sounds like a scene from a time long gone, but for retro Japan it’s still a reality today. Here are some of the strange pieces of technology the country can’t seem to get rid of and why.

Let’s kick off this little trek down technology memory lane with arguably the most obsolete piece of corporate tech, the fax machine. The invention of the PC should have all but killed the humble fax, but many offices, to the chagrin of foreigners and young people everywhere, rely on the humble facsimile. Banks, post offices, insurance companies, real estate agencies all love the paper-chewing machine. In 2016, favorite boy band SMAP even announced their disbanding by fax. But why?

There are a number of theories as to why the fax is still a popular form of communication. Some say that the need for a hanko (personal stamp, like a signature) on official documents is the main culprit. Others blame the aging population, who may find uploading attachments a little too advanced. Whatever the case may be, it looks like this big hunk of ‘90s memorabilia is here to stay in industry office corners across the country.

If there was one piece of technology you could realistically expect to be more dead than the fax it would have to be VHS. Limited accessibility, wobbly playback, the inconvenient need to rewind, these are just some of its less than redeeming qualities. It makes no sense at all that today in a world of YouTube and Netflix you’d even bother with a DVD let alone its ancestor the VHS tape.

In September this year, Twitter user @ayukawaarisa discovered one of the world’s most endangered species, a still fully functioning VHS video store. Located in Mie Prefecture, the store, named Joyful is fully stocked with VHS tapes all predating pretty much everyone who is reading this right now. A little dusty, it’s open every day all year round and is running a special where guests can rent five tapes for a whole week for just ¥1,000. Bargain.

Ok, so it’s a step forward when comparing it to VHS, but Japan is a nation still hung up on the compact disc. Head to Shibuya, and you’ll find the biggest store in the area, Tower Records, filled to the brim with shiny boy bands staring out from their equally shiny plastic CD cases. Just three years ago, Forbes reported that CD purchases made up 85% of all music sales in Japan.

The CD situation here has a lot to do with the bigwigs holding court over how music is shared and sold. The rule-abiding Japanese population by and large never really got into the world of illegal download (because it’s ‘illegal’ of course). This combined with the nation’s strong collector culture and music businesses’ manipulation of fandom for profit (ticket giveaways and merch packs bundled with CDS) has meant that for many music lovers physical is the only way.

Hop on a train filled with office commuters in any of the country’s major cities, and it’s not rare to see someone whip out a mid-2000s era style flip phone. But don’t flip out and convince yourself you’ve traveled back in time, there’s a reason behind this. It’s got to do with the segregation of business and personal phones, a key aspect of Japanese work life.

For many white-collar folks in Japan they simply need a work phone that sends email, makes calls and has a super long battery life (important for salarymen and women who work super long hours). They call it their garakei, which translates to “Galapagos phone”—a reference to the isolated features and nature for which the phone is used. According to Forbes in 2014, Japan produced 10.58 million units of flip phones. But it seems with the ubiquity of smartphones they may be on the way out, in 2015 only 20% of new phones sold were of the flip variety.

This is one we can get behind. Even if your new fancy iPhone has the most Instagram-friendly camera in the world and offers the ultimate in selfie settings, there’s nothing quite like the depth, color and good quality film provides.

Japan boasts the biggest and best collection of camera shops in the world, so it makes sense that the same would go for the nation’s film camera selection. For those in the market for a ‘new’ old camera, there are two main neighborhoods to trawl: Shinjuku and Nakano. If you only have time for one, make it Shinjuku. Not far from the station you’ll find plenty of dusty shops where you’ll be able to unearth plenty of gems, Used Camera Box is a Cheapo recommendation.

Game arcades across the globe have generally gone the way of the VHS store but in Japan, they’re as big as ever. The gaming arcades here though are old in concept but not so in technology. There are many reasons as to why they still exist, the integral role in the country’s cultural identity and small living spaces in Japan being just two.

However, another reason is that many of the mega, corporate arcades in Japan are owned by the biggest names in the wider gaming business like Sega, Namco, Taito, and Capcom. These companies are also game developers, so they have a vested interest in keeping the gaming arcades alive and attractive to new customers. They can also trial new ideas and recruit new customers, making them the ideal testing ground for upcoming releases. See our YT video on our favorite arcades in Tokyo.