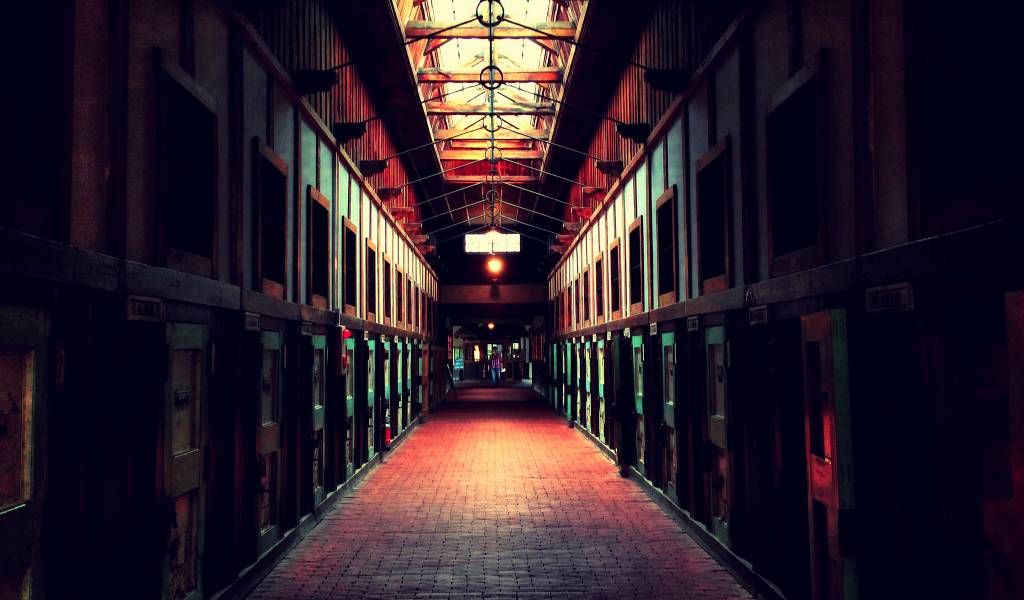 If “The Rock” with Sean O’Connery and Nicolas Cage is one of your favorite movies or you know someone who is a bit of a delinquent and needs some time alone to “think”, Abashiri Prison might just be the place to go!

Japan’s feudal era had come to an end and Hokkaido’s Wild North was about to be tamed. On the very edge of Japan, the small desolate fishing village of Abashiri was about to see its population grow exponentially.

When a Meiji government official visited the village and wandered into its vast nature, he stumbled upon something unique. Surrounded by the freezing Sea of Okhotsk to the north and large lakes to the west and south, he had found the perfect location for a prison from which it was near to impossible to escape.

Only a month later the first 50 prison-laborers arrived on site to fell trees and construct the log house that would house them under the watchful eyes of their guards. Over time more and more wooden structures were erected for the growing prison population until it burned down in the early 1900s.

The site, however, was simply too perfect to leave behind and a more modern prison with a similar layout as those in the West was constructed. Although many attempted to escape, the few that actually made it outside were found dead in harsh wilderness soon after giving it the nickname of being Japan’s Alcatraz.

Life at Abashiri Prison, naturally, was not for the faint of heart. Apart from having to bunk up with some of Japan’s most notorious criminals, prisoners had to provide physical labor for the development of Northern Hokkaido.

Work was hardest during the winter when prisoners had to fell trees, clear terrain and build roads in the freezing cold. With only some small coal-fired hearths to huddle around in temporary log houses, the death toll among prisoners was truly shocking.

After the roads were completed in the 1910s, prisoners worked on farms surrounding the prison. The approach was rather modern and copied similar programs in the US where prisoners were put to use and learned agricultural skills. The region soon became famous for having some of Japan’s best vegetables.

Taking a cold bath in summer or a dip in the soothing hot water in winter once a week was the only relief prisoners could look forward to. Throughout the museum, you will see mannequins complete with elaborate yakuza tattoos ‘recreating’ the life at Abashiri Prison.

To experience a slice of prison life, you can head out to the canteen for some grub. The canteen at Futamigaoka Farm offers an original prisoner’s lunch and, to the disappointment of many, it is actually delicious!

As you might expect from a prison, Abashiri Prison Museum is well out of town (about 40 minutes by foot). Luckily, you can take a local bus from Abashiri Station heading to Tentozan for about 10 minutes to the dedicated bus stop. The museum is open throughout the week in May to September from 8:30 to 18:00 and in October to April from 9:00 to 17:00. The admission fee is ¥1,000 for adults and discounted rates for students.Use this coupon to get 10% off.

If you’re arriving by car, note that parking is free.