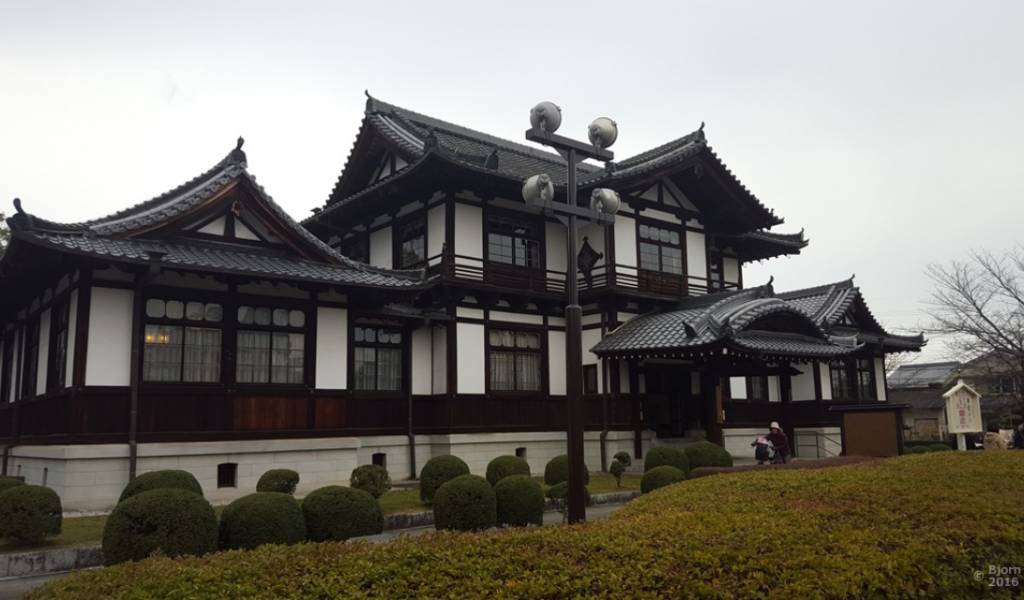 The Overlooked Edo-Period Town of Imaicho

Once just another small temple town, Imaicho flourished as a merchant town after successfully negotiating a degree of autonomy with Japan’s legendary shogun Oda Nobunaga. Today the moated town is a step back into the era of feudal Japan with many of the town’s houses still preserving their characteristic facade.

The town’s location, about an hour by train south from Nara, is a bit awkward in modern days, but in feudal times it was right at the center of local trade routes heading towards Osaka. In those days, many of the town’s residence became quite wealthy, and as such were able to afford living in the picturesque image of feudal Japanese—complete with tiled roof and white plastered walls. With great wealth also comes new threats, which Imaicho was able to avoid by lending money to the samurai class—that is until the feudal system was abolished in 1868, after which the town soon fell in decline.

Hanairaka Information Center is the best starting point for a walk through Imaicho. If you are proficient in Japanese you can join a free guided tour from here, but if you are not proficient feel free to pick up a map and see a scale model of the town to orientate yourself a bit before starting out. Please note that not all the streets of Imaicho have hidden their telephone and electric wiring as well as the presence of cars, which to some extent hinder your emergence into the Edo period.

The architectural details you will be able to discover on both the outside as well as inside of the various buildings are nonetheless quite astonishing. The few dozen shops and small eating establishments scattered around the town will also help make your visit very enjoyable. Furthermore, some buildings are open to the public which allow you to get a very nice impression of how the wealthier households in feudal Japan used to live. To find out which buildings are opened on the day of your visit, you can simply consult with the staff of the Information Center.

During the day I visited the old Yunetani family residence, dated around the 18th century and regarded as an important cultural asset. The residence used to be owned by a hardware dealer yet it has a farm house atmosphere with its earth floor and smoke ventilation in the large hall at the center of the building. Its five major rooms to the side of this large hall are also quite unique for this type of building. A large storehouse with small front room stand firmly present in the garden around the building’s back.

As mentioned earlier Imaicho originally developed as a temple town around the temple Shonenji in the 10th century. It still stands at the heart of the town to this day, but time has not passed it by easily as it has turned to ashes and consequently rebuilt many times. Perhaps is was a sign of some sort but when I visited it again was being renovated and was therefore inaccessible at the time.

Imaicho is most easily accessed by heading to Yagi-Nishiguchi Station or Yamato-Yagi Station operated by Kintetsu Railway from which the town is just a 10-minute walk away. From Nara, you can hop on the train at Kintetsunara heading towards Osaka-Namba then switch to the Kashihara Line at Yamatosaidaiji headed for Kashiharajingumae. After a 60-minute train ride at 440 yen you will have reached one of Nara Prefecture’s “hidden” attractions where you can easily spend a few hours walking around and taking picture to your leisure.