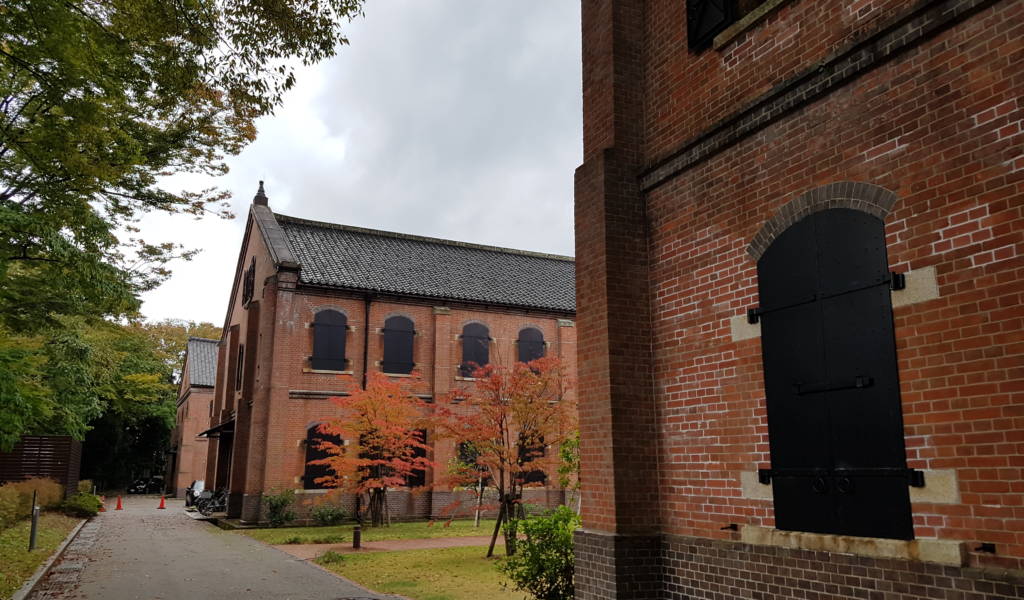 A Cheapo Museum Crawl of Kanazawa

So you’ve ambled round Kanazawa’s teahouse districts and soaked up the beauty of Kenrokuen. If you’ve also exhausted our list of rainy day things to do in Kanazawa, we have yet more Kanazawa museums for you to try for a total of less than ¥1,200!

Gold leaf has been produced in Kanazawa since the late 16th century and the area was famous for manufacturing the shiny stuff for centuries. The industry was dealt a blow during WWII, when the creation and sale of luxury goods were restricted, but the craft has made an artisanal reappearance in the decades since.

Yasue Takaaki was a master craftsman of gold leaf and opened this museum, that bears his name, on the edge of the Higashichaya district in 1974. Nowadays there are two main rooms. One deals with the practicalities of making gold leaf, demonstrating the traditional process by which the metal becomes so thin. Much of the explanatory text (and a film) is in Japanese, but there’s enough English to add context to the machinery and artifacts on display.

The second room is filled with beautiful objects decorated with gold leaf, some old but also many examples of modern artworks. The artistry on some of these pieces is breathtaking. On your way out, if you haven’t had your fill of shiny things, look up at the ceiling to admire the golden dome above.

This architectural marvel situated adjacent to Kenrokuen, is a truly world-class contemporary art museum. Before venturing inside, take a few minutes to walk around the building and admire the art installations surrounding the museum.

Inside, the highlight is Leandro Erlich’s “swimming pool”.

Up the hill along the southern edge of the famous Kenrokuen garden are three interesting museums in a row. The Prefectural Museum of Art’s permanent collection is a curious mish-mash of arts and crafts with connections to Ishikawa, from kimono and samurai armor to paintings and porcelain, including two exquisite 17th century enameled incense burners in the shape of pheasants. There’s also space for temporary exhibitions: expect anything from modern sculpture to traditional calligraphy.

The museum cafe is also a perfect stopping point for tea and cake, overlooking a lovely garden.

A block farther along brings you to a large red-brick building, a former military armory in fact, housing two museums. The Prefectural Museum of History contains a large showcase of the area’s development, including an extensive look at the Jōmon people. This ancient civilization lived on the now-Japanese islands from the 14th century BCE to around 3,000 years ago, and are thought to be the ancestors of the Ainu. The exhibition uses artifacts, video and dioramas to illustrate the history of the local area, from growth of trade to the samurai and modern eras. Some of the videos are unintentionally hilarious with, let’s say, a certain amount of stereotyping going on. There’s not a lot of English signage but you can pick up the gist.

Temporary exhibitions take up the entire second floor—on our visit, it overflowed with historic kimono. If you’re traveling with children, check out the Interaction Hall where they can dress up in historical clothes.

In the other side of the building to the Prefectural Museum of History is the Kaga-Honda Museum, dedicated to the history of the Edo-era Honda clan of the Kaga feudal domain (modern day Ishikawa and Toyama prefectures). The Honda family was one of the area’s eight Chief Retainers, and the museum owns the family’s artifacts such as horse battle armor, swords, furniture and old texts. The museum isn’t very large, but it’s considered one of the finer samurai museums in Japan.

Note: A combined ticket with Ishikawa Prefectural Museum of History (permanent collections only) is ¥500 for adults, ¥400 for seniors (children enter for free).

Also featuring on our rainy day ideas in Kanazawa article, this is a museum dedicated to the life and teachings of Zen Buddhist philosopher Daisetsu Suzuki. Suzuki is credited with introducing Zen meditation to the west in the 20th century. Not surprisingly, the museum is a beautifully contemplative place.

Read our tips on getting from Tokyo to Kanazawa and how to get around the city.

Kanazawa
Written by: Rachel Holdsworth
Filed under: Things to Do
Tags:
Sharing