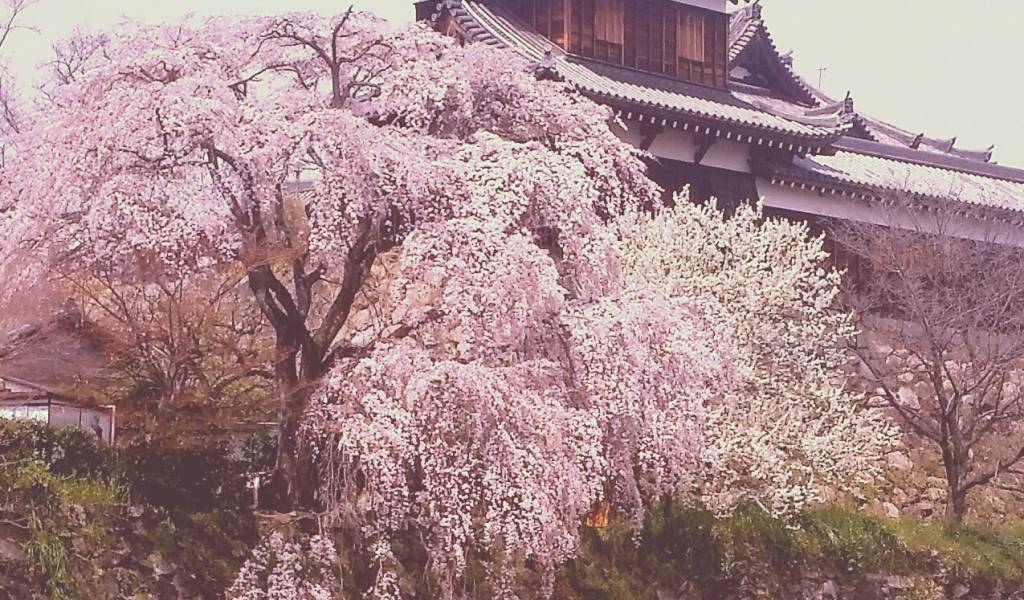 Koriyama Castle Town: From Samurai to Goldfish to Springtime Beauty

As a site of many battles between rivaling clans in the region of present-day Kansai, Koriyama has quite an impressive history. Contrastly, in today’s times of peace you can enjoy not only the superb cherry blossoms blooming here in spring, but also catch your own goldfish from one of its many ponds—how quaint!

A bit of history

In 1576, Tsutsui Junkei with the support of the famous shogun Oda Nobunaga unified the region and was named lord of Yamato in 1580. Upon acquiring his new position he also ordered the construction of Koriyama Castle as his seat of power. The clan’s fame rose quickly as they acquired two more provinces the following years accounting for quite an impressive amount of lands they could call theirs.

When he was succeeded by his younger brother, a new economical system was implemented in the town named: hakomoto-jusan-cho. To promote the town industrial growth, businesses around the town were forbidden to trade with Nara which was an economical powerhouse in the region.

Like almost all castles in Japan, Koriyama Castle was also destroyed after the abolishment of the feudal system in 1873 and although some sections have been rebuilt over the years it remains quite unimpressive on its own. A nice architectural detail to watch out for, however, are the small Jizo statues, or Buddha statues, used during the construction and repair of the castle walls. There are even Sakasa Jizo which are Jizo placed upside down!

Goldfish farming: A job for samurai

After the Tsutsui brothers many lords continued to govern Koriyama, but it was Yanagisawa Yoshisato that embedded a new tradition to the town that still last to this day. Aside from silkworm cultivation, which helped revitalize the town’s struggling economy, Yoshisato also introduced goldfish farming. Goldfish farming had become a lucrative side job for the many samurai who had lost their livlihoods after the Meiji Restoration.

Throughout Koriyama you will find small ponds filled with goldfish protected from predators by the green nets covering the ponds. Some goldfish farmers offer visitors to catch their very own goldfish for about 100 yen, making it a highly enjoyable activity for families with small children.

Springtime in Koriyama is the best time

The best time to visit Koriyama would be during its Spring Festival between the end of March to early April as it is during this time that the dozens of sakura, cherry blossom, trees will be in full bloom engulfing the castle grounds in shades of white and pink. My own visit was during the blooming of the castle’s plum trees, as I personally tend to prefer these over sakura, but let us avoid the ume (plum) vs. sakura (cherry) discussion for now.

Even during the Spring Festival Koriyama does not get overly crowded and since entering the grounds is completely free of charge, it is a well-worth escape from the often overly crowded hanami spots elsewhere in the Kansai region. As you wander around the small castle grounds you will have plenty of photo-ops—something that is not so easily done at the more popular sites as you probably can imagine.

Getting to Koriyama Castle Town

Both the castle and the town itself can be accessed by heading to Koriyama Station on the JR Yamatoji Line. From JR Nara Station it’s only a 4-minute train ride at 160 yen, plus a 15-minute walk to be right in front of the castle’s main gate. If you are looking for a quiet spot to enjoy the blooming cherry blossoms to the fullest and happen to be in Nara at the time, why not head for this small castle town with great photography appeal?