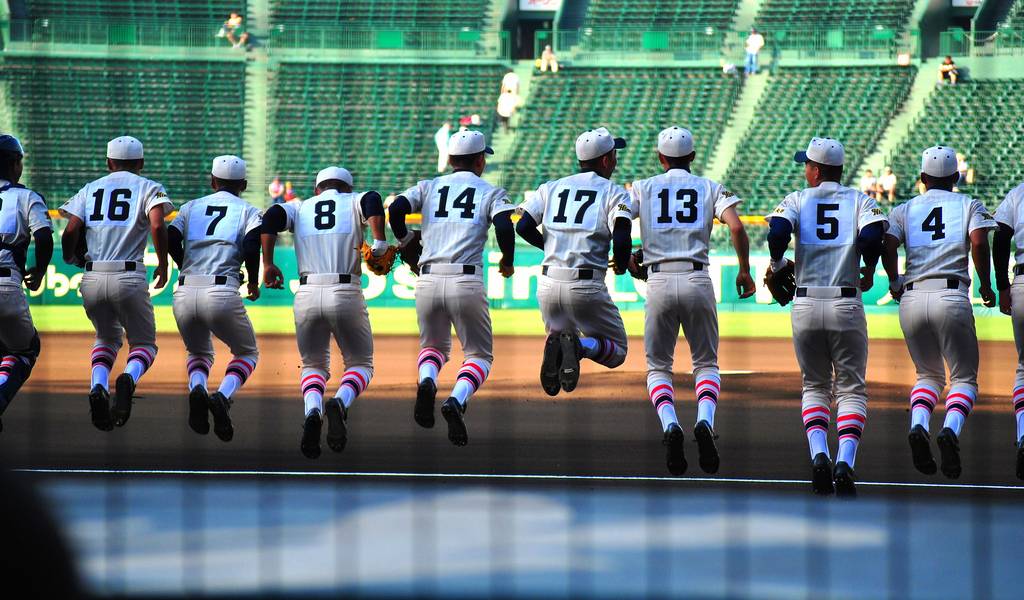 All the Way to Koshien!

Summer in Japan has many traditions. One of the most popular traditions is to watch the Japanese High School Baseball Championship, or Koshien, as it is more commonly known.

The Summer Koshien event is an annual high school baseball tournament, with a team from every prefecture playing (and an extra one each from Tokyo and Hokkaido). The championship at Koshien Stadium coincides with the summer obon holiday period, so many Japanese people spend these days relaxing at home with their families, fanning themselves lazily in front of their TVs as they cheer for their prefecture’s team. But while watching the championship on TV is pretty cheapo, it can be cheapo-er still to watch the games at Koshien itself!

These are the national finals that almost all high school baseball teams aspire to. The allure and legend of Koshien has become part of the Japanese mainstream, with the tournament becoming a plot point in many a movie, book or animation.

Some argue that this amateur event is more important than the professional baseball season! While it’s true that Koshien is important for potentially launching high schoolers’ professional baseball careers, it’s also true that the tournament is filled with on- and off-field action, traditions, glory and tragedy, and enough drama to let those sports mangas write themselves.

The 49 teams play each other over two weeks under the searing summer sun. The stands are often filled with the school’s cheer squads, which are a spectacle themselves, along with the baseball. Even those that don’t understand baseball will have fun soaking up the atmosphere.

One of the best places to soak up the atmosphere is in the bleachers. It might be in the glaring sun, but the fans are lively and, best of all, the seats are free! No special tickets are needed, just turn up on the day. On the other hand, if you’d like to stay out of the sun, stand seating is available for between 600 and 2,000 yen. But be aware: even in the heat of summer, Koshien is very popular, with over 40,000 spectators on the final day. Turn up early if you want to get a good seat.