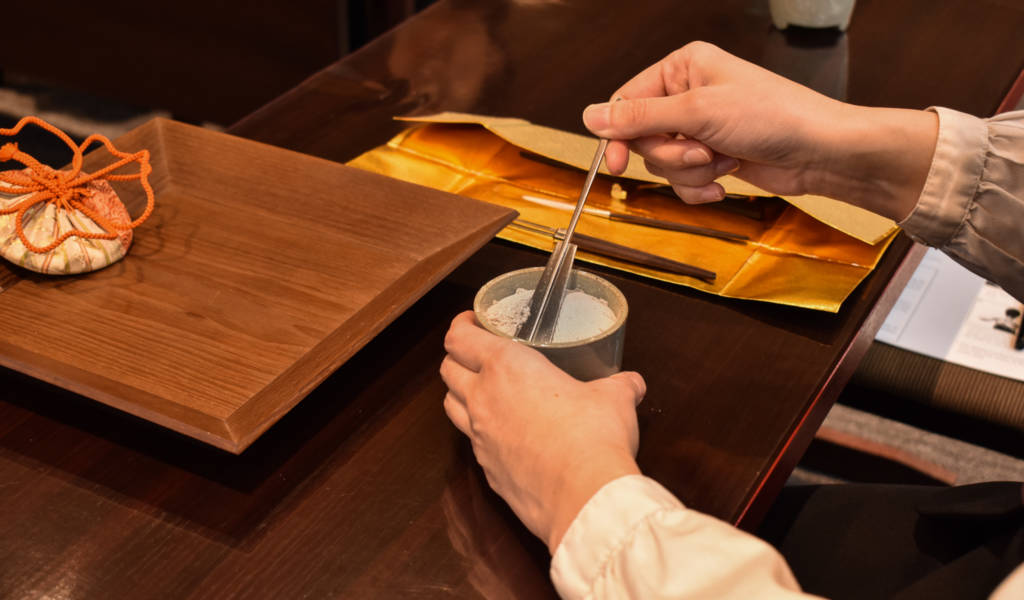 Getting Cultural in Kyoto: A Crash Course

Potentially Japan’s most cultural city, Kyoto has a seemingly endless array of traditional and “authentic” classes and experiences. However, there’s plenty more to Kyoto’s cultural scene than just signing up for a tea ceremony and slipping on a kimono.

Have you ever listened to incense or made your own mini landscape garden? No? How about brewed umeshu liquor under the guidance of some of the nation’s best booze makers? Well, what are you waiting for? It’s time to get properly cultural in Kyoto. 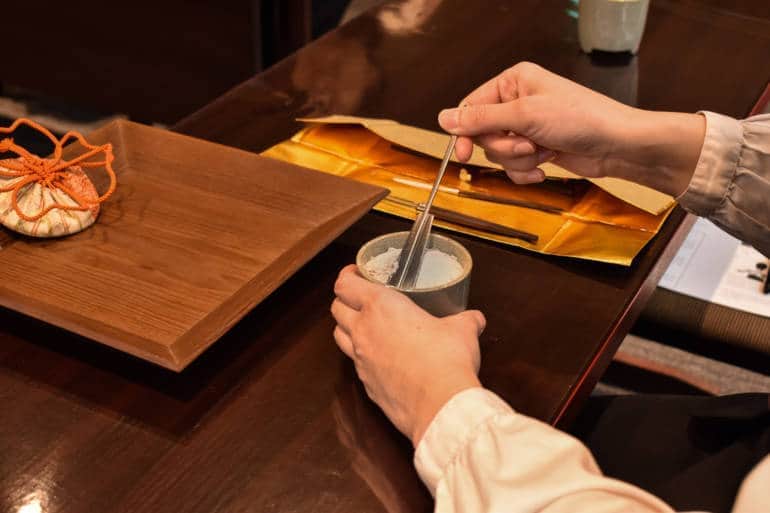 It sounds like a weird translation mistake but ‘incense listening’ is very much a real thing. It’s a traditional ceremony that was born as a way for rich Japanese men to gamble. Along with the introduction of Buddhism, incense was introduced to Japan by China in the 6th century, but it wasn’t until around the 13th-14th century that ‘incense listening’ became a practiced ceremony.

Recommended Service
20% off Mobile Hotspot rental from Ninja WiFi
Ninja Wifi is the biggest provider of rental pocket wifi devices to international visitors coming to Japan. They also have the most pick-up points.
Click here for details

Initially, it developed as a game, where feudal lords, shoguns, and imperial court people would put wagers on how good their sense of smell was, and whether they could differentiate between different incense aromas. Today, however, it’s considered far more refined, more a meditative exercise in mindfulness and appreciation of the senses than a game of ‘guess which’. And it probably goes without saying, but in terms of gambling, all bets are off.

If you want to learn more about the world of incense listening, Yamada-Matsu Co. in Kyoto holds ceremonies for beginners. A session runs for around an hour and costs ¥1,500 (about 14USD) per person. Sessions are typically conducted in English, but translations are available too. For more information, visit the website.

Sure, Kyoto has no shortage of historic and stunning Japanese strolling gardens, but Murin-an stands out as one of the best. The layout of Murin-an is like an optical illusion come to life. With its carefully angled design and masterfully crafted natural hilly inclines, the layout of the park changes depending on the angle in which you view it.

The park was created by Jihei Ogawa (1860-1933) arguably a rock star on the Kyoto garden scene. Murin-an was originally constructed between 1894-96, as part of the private residence of Aritomo Yamagata (1838-1922), who later became the third Prime Minister of Japan.

Every inch of the park has been carefully crafted down to the single pine needle. If you want to learn more about just what goes into creating such a picturesque landscape, the park runs mini landscaping classes where guests can craft their own miniature Japanese garden. They run classes every Saturday.

You can expect Kyoto to transform the classic canvas bag into an elevated exercise in high-end artisanal craftsmanship. Ichizawa Shinzaburo Hanpu is the city’s famous canvas bag store where customers travel across the country to get their hands on a bag.

Family-run for over a century now, Ichizawa Shinzaburo Hanpu was founded in 1905 by Kihee Ichizawa. Looking for a sturdy option for local Kyoto folk to lug around their tools, milk, craft wares, and precious sake, Ichizawa started making rucksacks from sailcloth. The tried-and-tested formula is so perfect, the methods and materials for making Ichizawa Shinzaburo Hanpu bags have remained practically the same ever since. The only thing that’s changed is the addition of a few fresh styles to the collection.

The Ichizawa Shinzaburo Hanpu name has garnered a reputation for being somewhat elusive, as the brand has refused to sell wholesale or online. The only way you can get your hands on a bag is by visiting the store in person. Although it’s a little difficult, they do promise to repair any bag at a reasonable price for the rest of its lifespan, which is a nice added touch, and a serious sign of confidence in their product. For more information, visit their website.

When you’re in Kyoto, tea ceremony experiences are rather ubiquitous, so finding somewhere to try it out isn’t tricky—the tricky part is narrowing down which place to pick. If you’re a beginner, one of the best places to begin is Jinmatsuan.

Jinmatsuan is a tea ceremony school geared towards foreign guests in a laidback but informative setting. The group sizes are bigger than most, so it’s easy to nab a spot relatively last minute, and many classes are taught in English. For the full experience, sign up for a matcha tea and a wagashi sweets making class. By the end of the lesson, you’ll have a very comprehensive understanding of the entire tea ceremony process from the first grind of the tea leaf to the last sip of matcha. More information is available on their website (in Japanese).

Choya: Make your own umeshu

After a brief rundown on the process of making umeshu, guests are given an umeshu making kit, which has everything you need to craft your own unique brew. Pick your plums, pick your sweetener, pick your poison, mix it together and in a week to a month from once it’s sealed you can crack open and enjoy the boozy fruits of your labor. For more information, visit their website.