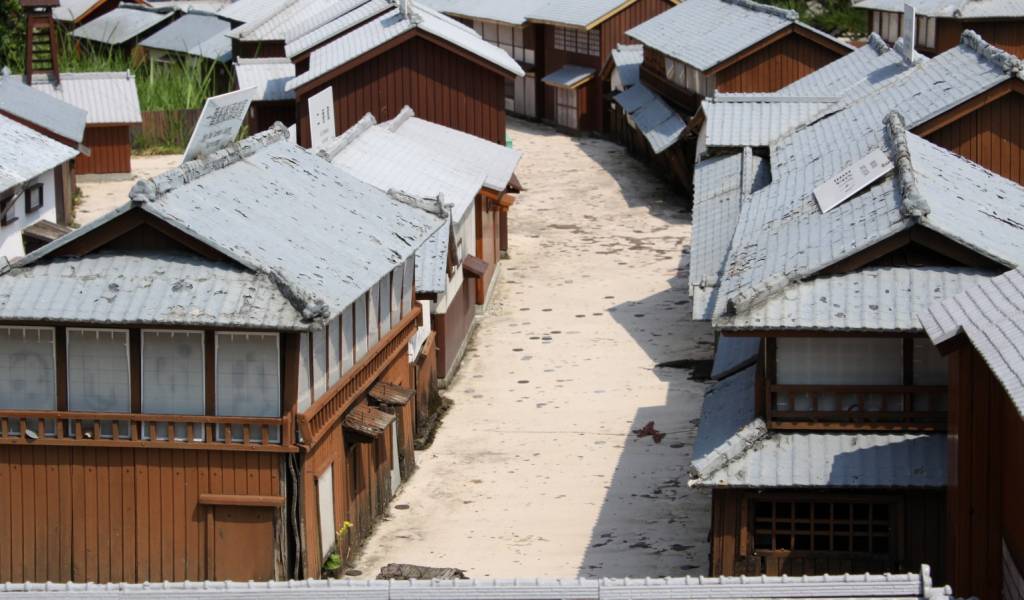 Dejima: Nagasaki's Edo-Era Gateway to the Outside World

When roaming around in Japan as a foreigner, it’s easy to forget that until barely 160 years ago foreigners in Japan were restricted to the tiny island of Dejima in Nagasaki’s harbor.

These days the artificial island is surrounded on three sides by land and is a few hundred meters (or several hundred feet) from the sea. The canal that separates the island from the mainland still exists, so it’s possible to get a feel for how it might have been looking out at the mainland.

For over 200 years, Dejima was a Dutch East India company trading station that was Japan’s only connection with the Western world—the isolated island was once surrounded by a high wall and separated from the mainland by a single bridge. Despite the limited contact, Western ideas such as modern medicine techniques were disseminated through contact between Dutch and Japanese physicians.

An exact scale model of the trading post shows how small the settlement was. The foreign inhabitants were rarely if ever permitted to venture to the mainland.

The inhabitants of the island were a mix of the Dutch staff and the Japanese officials assigned to keep an eye on them. The main street of the settlement along with the buildings that lined it have been faithfully reconstructed. Future plans include rebuilding the original bridge and gate for accessing the island.

Admission to the park is a not inconsequential ¥510, but the trading post is good for two to three hours of wandering.

If getting to Dejima from a distance, take the Nagasaki Tramway and get off at Dejima Station on Route 1. The main gate for the Dejima Former Trading Post is located right next to the tram stop.

If visiting other attractions in the area (such as Chinatown or the Foreign Settlement) you can walk to the east exit.