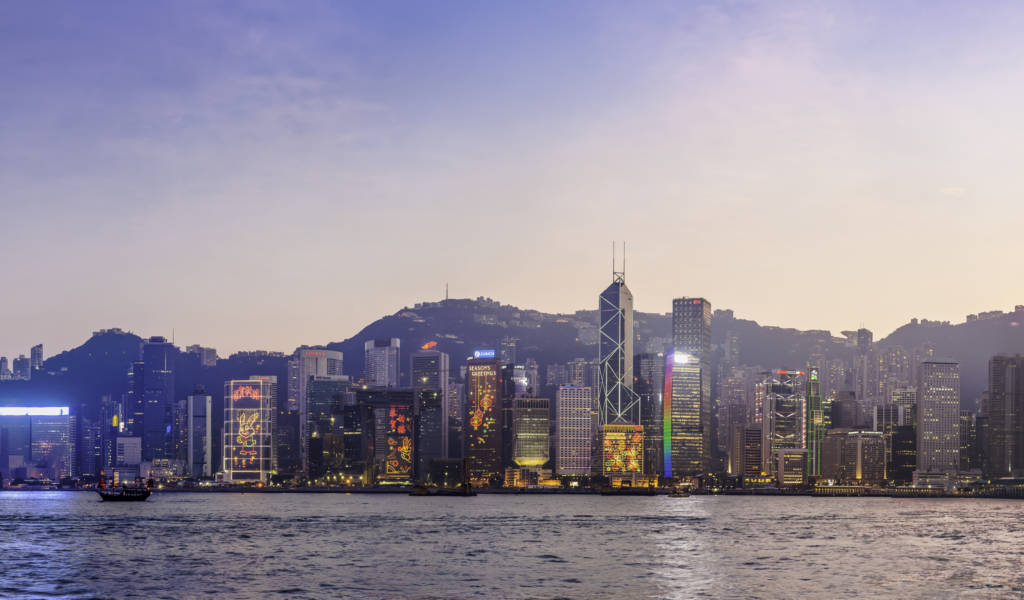 With so many low-cost carriers (LCCs) popping up both in Japan and Hong Kong, flying between the two places has never been easier.

Hong Kong is increasingly getting better connected with Japan, with flights to and from major cities like Tokyo, Osaka and Fukuoka, smaller cities like Yonago and Takamatsu, and even remote islands like Miyako-jima and Ishigaki-jima.

Getting there is fast enough, with flight times of roughly 2–3 hours from southern Japan, 4–5 hours from Tokyo, and under six hours from Hokkaido.

Looking for travel insurance for your trip? SafetyWing and World Nomads are designed with today’s travellers in mind.

Hong Kong is a huge contrast to Japan—chaotic, noisy, and a bit rough around the edges, but offers an exciting trip to one of the most vibrant and unforgettable destinations in Asia.

Flying from Japan to Hong Kong: Which airline to choose?

By far the airline with the most budget-friendly prices and best variety of destinations is Hong Kong Express, with flights to Fukuoka, Hiroshima, Ishigaki, Kagoshima, Kumamoto, Nagasaki, Nagoya, Osaka, Miyako, Takamatsu, and, of course, Tokyo (both Haneda and Narita).

On the Japanese side, national carriers JAL and ANA both have flights between Hong Kong and Tokyo, while Jetstar Japan’s only direct flight to Hong Kong is from Tokyo.

If you happen to live in Osaka, LCC Peach is your best bet, as they have direct flights from KIX to to Hong Kong at very reasonable prices—but they tend to fly on the backside of the clock, as pilots like to say.

How long to stay in Hong Kong

To really see and experience the essence of the ‘Fragrant Harbour’, you need at least four days or more, though it is possible to just go for a weekend if you happen to find a really cheap flight.

When to visit Hong Kong

Summertime is low season, due to the intense heat and humidity (which, if you live in Japan, you already are all too familiar with). In addition, typhoon season is from May until about November, with lots of rain and the potential for major storms. Winters are cool, with temperatures rarely dipping below 10°C, which makes winter a good time to enjoy Hong Kong’s hikes.

With that in mind, the truly “best” time to go to Hong Kong is between December and May, when spring has sprung, skies are clear, and the temperature is perfect for sightseeing.

Where to stay in Hong Kong

Most people stay in the top two districts—Hong Kong Island and Kowloon—which are intersected by Victoria Harbour. Both sides are very different, with the central business district on Hong Kong Island having a more ‘expat’ or Western feel, while the busy streets and markets of Kowloon have a more distinctly local personality.

Either way, you’ll be bouncing between the two sides easily on Hong Kong’s fast, efficient, and cheap Mass Transit Railway (MTR), which connects most of Hong Kong.

Hotels here are notoriously small and expensive, but you can find cheap guest houses and even Japanese-style capsule hotels and hostels with dormitories. Airbnb is very popular in Hong Kong and will give you an insight into Hong Kong living.

What to see and do in Hong Kong

Here’s a short list of some of the must-sees in Hong Kong:

Victoria Peak – The highest mountain on Hong Kong Island, with a huge observation deck and unbelievable views all around
Peak Tram – The best way to get to Victoria Peak is on a historic funicular cable car dating back to 1881
Tsim Sha Tsui Promenade – Stroll along the waterfront of Victoria Harbour to take in Hong Kong’s skyline
Star Ferry – Considered a national treasure, crossing the harbour by Star Ferry is an unforgettable ride
Big Buddha – The Tian Tan ‘Big Buddha’ looks down on the green mountains of Lantau Island, plus there’s an awesome cable car ride
Temple Street Night Market – Get ready to haggle at this bustling market which comes alive every night, taking up multiple city blocks
Happy Valley Racecourse – Horse racing right in the middle of the city with a festive atmosphere
Ocean Park – A super fun marine-themed theme park with rollercoasters, aquariums, and rides
Hong Kong Disneyland – Smaller than Tokyo Disney, but packed with fun
Hong Kong Museums – With topics like history, art, medicine and even tea, there’s always a great museum to see, usually for free

What to eat in Hong Kong

Well where to start? There’s a huge variety of food in Hong Kong, from humble street vendors to Michelin-starred restaurants, and cuisines from all over the world. That said, there are a few quintessential dishes you need to try:

Dim sum – Baskets full of love and yumminess shared amongst family and friends.
Egg waffles – You’ll smell them before you see them as they get in a sidewalk shop.
Street snacks – Ignore the skewers of intestines and instead have tiny fish dumplings siu mai on a stick or curry fish balls.
Herbal tea – Anything this bitter must be good for you, right?
Wonton soup – Cheap and delicious comfort food, with or without noodles.
Char siu – BBQ pork, soft and juicy; just look for the big window with roasted duck hanging up.
Egg tarts – Flaky, soft, and absolutely delicious.
Seafood – Take a day trip to tiny islands to enjoy fresh seafood by the sea.
Beggar’s chicken – They give you a small hammer, you give the clay-baked pod a good whack to get the chicken inside.
Peking duck – Thinly sliced duck, on thinly sliced pancakes. 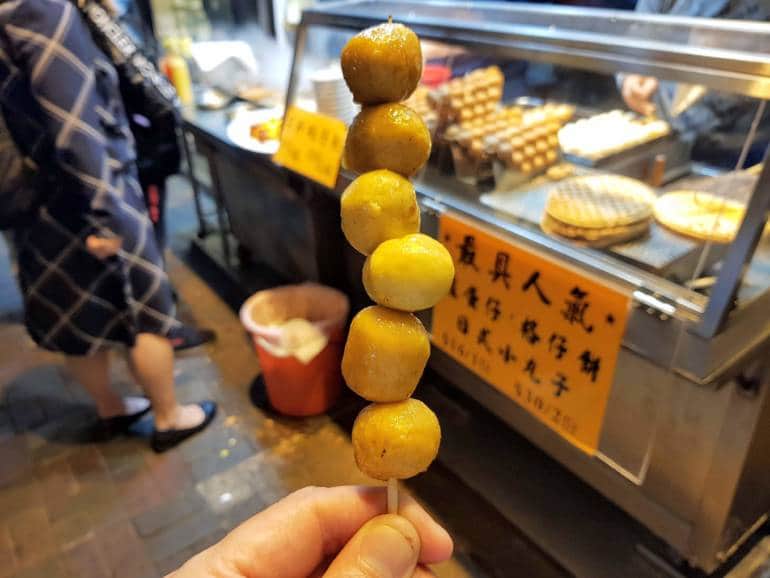 Much like Japan, drinking alcohol in public is totally acceptable in Hong Kong—though not on the MTR or buses. You can find beer, coolers and wine being sold at every convenience store and supermarket, as well as many street vendors.

One of the most famous bar zones is Lan Kwai Fong in Central, which on a Friday night closes the street to cars to become a pedestrian zone where people spill from the bars out into the streets. The drinks don’t come cheap though—but thankfully there’s a 7-11 in Lan Kwai Fong where the true cheapos like to hang out.

Wan Chai is another nightlife district, with sleazier bars, loud live music, and clubs that stay open till late.

Many skyscrapers have bars with truly awesome views, such as Felix, Eyebar, and Aqua Spirit in Tsim Sha Tsui. Open air rooftop patios are also popular, like Sevva in Central, or Skye in Causeway Bay. The highest bar in Hong Kong is Ozone, on the 118th floor of the International Commerce Centre (yes, 118th!).