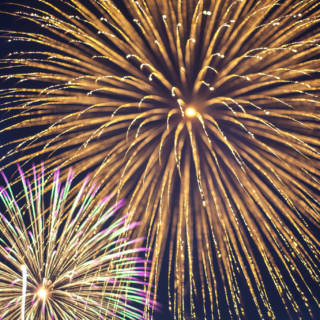 Whether they’re the final hurrah of a traditional festival or a national competition, the firework displays we’ve chosen are a step above what you might be used to—with animal faces, underwater rockets and no expense spared. If you know you’ll be in Kansai we have a more detailed list of displays, and one for Tokyo too of course. Wherever you are in the country this summer, you won’t be far away from a display (or five)—so check out our hand-picked list for the best firework festivals in Japan and start making plans!

Already one of Japan’s biggest festivals overall, the Tenjin Matsuri has a massive fireworks display which involves burning boats. The whole festival is notoriously rowdy so be prepared for an eventful evening. The fireworks take place on the second night of the festival and serve as the grand finale. 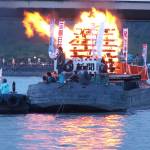 A three-day festival with two nights of fireworks, the Nagaoka Matsuri displays last almost two hours and are stunning. Arrive earlier for the mikoshi (portable shrine) parades and traditional dance, as well as to grab a decent spot for the fireworks. Around a million visitors attend, so expect crowds—but consider it a sign that you are seeing something worthwhile.

Once an Edo-period clan stronghold, this area was one of the few allowed to work with gunpowder and is the home of Mikawa fireworks. The huge display lasts two hours and uses 70% locally produced rockets. And grab your seats early as some spots are reserved the day before!

Running for over 30 years, this is one of the biggest displays in Osaka, which began as a small volunteer event. With both regular and underwater fireworks, the displays are impressive and utilize the city lights as the perfect backdrop. Launched over the Yodo River, you can sit along the bank for a great view. 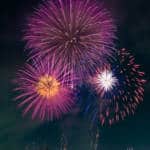 A genuinely huge display, with over 15,000 rockets, this event uses the already-famous nightview of Kobe as a backdrop for guaranteed good views. Head to Meriken Park or Island Station for some quieter seating spots with Venus Bridge making a popular couples area. 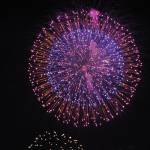 The largest display in the area (but rivaled by the nearby Kuwana and Ise Shrine displays), this festival sees 10,000 rockets launched above the Shichirigahama beach from boats in the water. Kumano Fireworks is a competition event, so you are guaranteed a good show. Seating is easy—just grab a spot on the sand and enjoy the two-hour display! 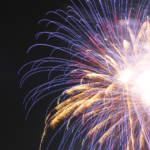 One of Tohoku’s largest displays, the Omagari display is actually a competition between pyrotechnicians from across the country. Crowds equaling two-thirds of the region’s entire population gather to watch them battle it out with new and innovative designs. 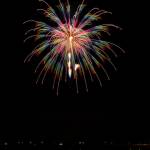 Taking place on successive weekends, these two events are some of the biggest in the country. On the last Saturday of July the All Japan Selection Nagara River Chunichi Fireworks Display takes place. 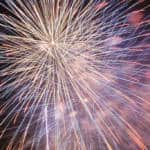 And on the first weekend of August you can watch the All Japan Fireworks Display. 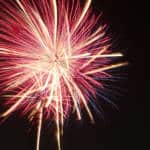 They accept entries from the Fireworks Artists Association and there is a Creative Starmine contest to look forward to. There are both day and evening fireworks for both events, so make sure you arrive nice and early!

Beating every other display in Japan, this breathtaking display has over 40,000 rockets launched over the lake, creating stunning reflections. The biggest viewing area is in Suwa City on the southern side of the lake. It gets incredibly busy of course, so have those travel cards charged and routes home planned. 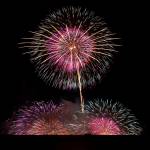 Arguably the most picturesque of all the displays, this event takes place in the bay of Miyajima, with the famous floating torii gate taking center stage. It doesn’t have the same huge quantity of fireworks as some of the other displays, but the reflections on the water are truly stunning and worth a trip.

Not here in the summer?

If you’re not around in summer, then be sure to check out the Tsuchiura All Japan Fireworks Festival in October and the Chichibu Night Festival which takes place in December.