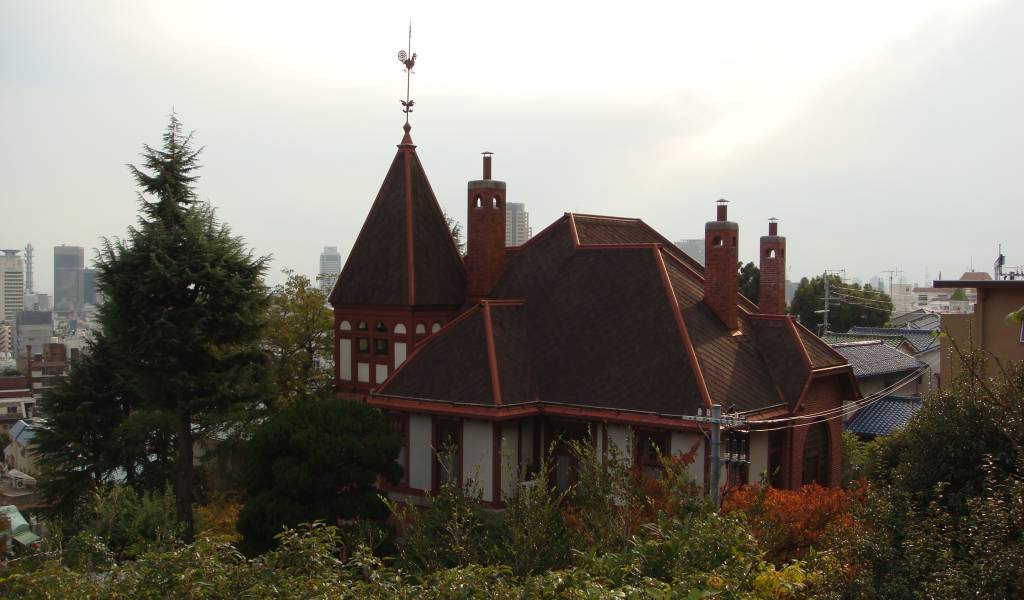 When it comes to small cities with a metropolitan feeling, Kobe definitely counts as one of them. This seaside city, which gained fame for its foreign heritage, offers a great blend between a comfortable small town atmosphere on one side and metropolitan convenience and charm on the other.

Heading north from Kobe’s central Sannomiya Station you will come across Kitano district at the base of the Rokko mountain range. When Kobe’s port opened to foreign trade in the 19th century, many American and European merchants and officials settled in the city. In this district of the city they tended to build their residences in their native architectural style of the time which became known as Ijinkan in Japanese. Kazamidori-no-yakata, or Weathercock House, built in 1910 by Gottfried Thomas is perhaps the most famous for its Germanic style and panoramic view overlooking Kobe. Most of the residences ask an admission fee between 550 to 750 yen, but there are also combination tickets to visit 3, 4, 5 or 9 residences for a reduced fee.

The district itself makes for a very pleasant stroll with its many cafes and boutiques. Two small shops are especially worth a visit, being Chocolat Republic and the Rokko Farm Café. The first offers delicious pastries and other baked goods using natural ingredients while the latter’s cheesecake covered in (white) chocolate is steadily gaining fame amongst locals and visitors alike.

The Rokko mountain range behind the Kitano district is one of Kobe’s natural beauties. Whether you prefer to take the Shin-Kobe Ropeway, located next to Shin-Kobe Station, that lifts you up the southern slopes of the mountain range or prefer to take the hiking trail for a short 30-minute climb through the forests and along the serene Nunobiki Waterfall and the views over the city from Miharashi Observatory it is well worth a visit.

In the end you will stumble upon the lower entrance of Nunobiki Herb Garden, one of Japan’s largest herb gardens featuring countless herbs and seasonal flowers while tropical fruits are found throughout the year in its greenhouse.

As you move along the garden’s seemingly endless paths towards the top there are plenty of opportunities to admire the stunning view from the observation deck or takes a short break at one of the cafes and restaurant. When the garden’s countless kinds of roses start blooming you’ll hear the soft and calming music from the Rose Symphony Garden as you admire the flower’s beauty. Of course no visit would be complete without taking a quick peek into one of the souvenir shops selling herbal and aromatic products to fill your bag with before taking the Shin-Kobe Ropeway down the mountain range from its top station. Here, in addition to the observation deck, is a rest house with a cafe, restaurant and souvenir shop which sells many herbal and aromatic products. For those who count themselves amongst the fanatic hikers, the hiking trial continues for another 30 minutes towards Mount Maya, one of the Rokko mountain range’s peaks.

The quite expensive option, unless you have a JR Pass, would be to take the shinkansen to Shin-Kobe Station which is located on the northern side of the city close to the attractions featured in this article yet further away from Kobe’s city center.

Or read about how to get there directly from Kansai airport here.