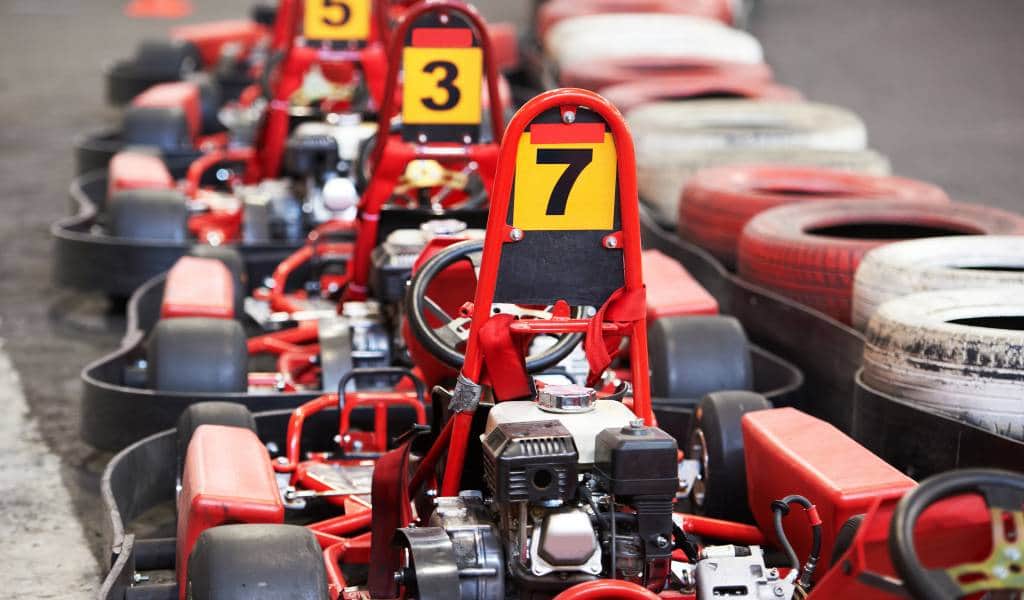 Ready, Set, Go-Kart: How to "Mario Kart" in Osaka

Walking along the street feel a bit slow? Getting on a bus a bit enclosed? Then hitting the streets of Osaka in a go-kart might just be the adrenaline rush you’re seeking. Do up your seatbelt and let’s get ready to go!

Already popular in Tokyo, street karting is gaining fans in Osaka too. Just remember, though the experience might remind you of a certain video game, there isn’t a banana skin or mystery box in sight. But that doesn’t mean you can’t go-kart to your heart’s content and zip (at the speed limit) around in a non-descript “character costume”.

Why go-kart in Osaka?

Osaka is a neon nightmare, in the best way possible. It has an incredible number of illuminated signs, giant mechanical crabs and busy streets that’ll make go-karting feel like something from your childhood. While the sprawling metropolis of Tokyo is a great place to explore, sometimes size can work against you. Osaka is comparatively compact, meaning you can see more of the famous sites in a single tour.

During your Osaka go-kart experience, you’ll be able to pass through areas like the old-fashioned Shinsekai and the entertainment district of Dōtonbori. If you’re visiting in winter, the Osaka illuminations will make it especially amazing — we recommend you pick a night tour if you can!

Go-karting in Osaka: How it works

Whether you’ve already tried go-karting in Tokyo or this is your first time in a street kart, the process is pretty simple as long as you have the right paperwork.

Remember though, not just anyone can take the wheel. You must have a valid driving license (see below for more details) to go-kart in Osaka.

At the moment, there is only one street-kart company operating in Osaka. They offer a 2-hour tour that will set you back about ¥7,500 — and you can book your kart online.

On your Osaka go-kart tour, you’ll cruise through Dōtonbori and Namba, before taking a break in Osaka Castle Park. Then you’ll pass by Tsūtenkaku Tower and Osaka Station on your way back to base.

What driving license do you need?

While you may feel like you’re in a video game, you’ll actually be driving on real city streets, sometimes up to 60km/h. So you’ll need a real-life driving license. The following four options are acceptable:

FAQs about go-karting in Osaka

You’ve got questions, we’ve got answers.

Depending on the tour, there might be an option for non-drivers to follow on with a staff driver so they can participate in the photo opportunities. Ask when making your booking. If not, just leave the non-drivers at a nearby cafe and tell them to wave as you roll by.

You will be given safety briefings, but this is ultimately dependent on your driving skills (and admittedly those of the drivers around you), speed and style. Osaka’s streets are busy, and many of the road signs may be unfamiliar. It’s recommended you don’t join if you aren’t an experienced and confident driver. Note that you will be driving in a group. You can request an English-speaking tour guide if you like.

Also, helmets are not needed — if you want one, it’s a good idea to confirm availability with the go-kart company in advance.

There have been accidents over the years, including a hit and run with a cyclist, who fortunately was not seriously injured. It’s worth noting that local residents are not big fans of the go-karts at all.

3. What are these copyright issues I keep hearing about?

So, while it’s an obviously great concept, it turns out Nintendo were none too pleased with the idea of go-karts cavorting around with its branding pasted all over them and its characters at the wheel. The case went back and forth in the courts and the obvious Mario-related stuff vanished. At the end of 2020, a certain company lost their appeal — but they were not the only go-kart rental company in the market. You can still book through others.

You can also experience a different kind of Mario Kart ride at the new Super Nintendo World at Universal Studios Japan (in Osaka), which opened in 2021.

While we do our best to ensure it’s correct, information is subject to change. Post first published in March, 2020. Last updated in September, 2022 by Maria Danuco.