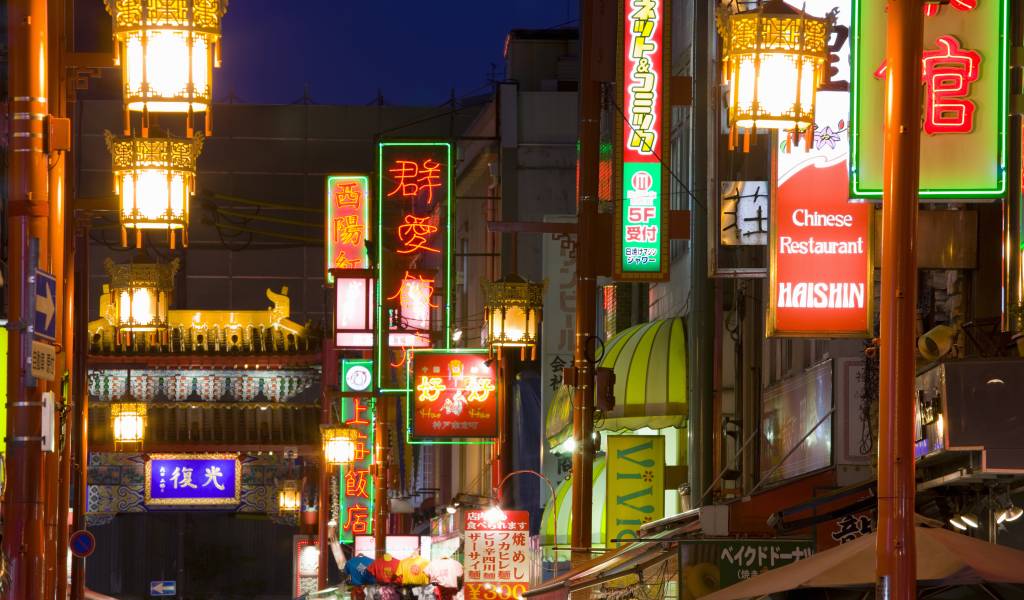 In one of my previous articles, I had the chance to explore Kobe’s stunning atmosphere, vast heritage and endless natural beauty with our readers, and now the time has come to discuss another of Kobe’s neighborhoods, which I felt deserved attention in its own right: Chinatown. Many of our cheapo readers may be familiar with Yokohama’s Chinatown just south of Tokyo, and although many similar neighborhoods are sprawling around Japan’s major cities, Kobe’s Chinatown really completes the port city’s metropolitan feeling.

Before Western merchants settled in Kobe, the port already attracted quite a few Chinese merchants. The district they settled in soon became known as Nankinmachi, named after the Chinese capital of the time Nanjing. Although the district is quite small, being about two main streets and a central plaza, it is jam-packed with countless shops, restaurants and food stalls selling typical Chinese goods and dishes.

For the Chinese, Lunar New Year in January or February is the biggest festival and it is during this time that Chinatowns around the world are crowded with people trying to catch a glimpse of the celebrations. With lion dances, firecrackers and performances throughout the days before and after New Year’s Day, Nankinmachi truly becomes a spectacular sight. The festivities tend to continue until the Lantern Festival on the 15th day when the neighborhood is engulfed in the lights of countless red lanterns and many households enjoy yuanxiao, a dumpling ball made of sticky rice flour stuffed with different fillings.

Chinese food with a Japanese twist

As the only Chinatown in Kansai—although there is another slowly developing in Osaka—this is the place to go to enjoy amazing steamed buns and ramen. However, truth be told they are not genuinely Chinese dishes as they have often been adapted to the taste of the Japanese to a certain extent.

Let’s start with tasting some street food. My personal favorite is nikuman, also known as baozi in Chinese or meat buns in English. These delicious steamed buns filled with minced pork or beef meat and various other tasty ingredients can be found in supermarkets and convenience stores throughout Japan, but tasting the genuine product is always better. Shumai, or pork dumplings, is a typical Chinese dim sum you will see in street stalls and as a side dish in many of the restaurants in the neighborhood.

This brings us to the restaurants, as you can expect there are a lot of them offering a vast range of dishes for different price ranges. Traditional Chinese ramen is the cheapest option as you can have a big bowl of the stuff for under 1.000 yen. Since I already ate some street food, I myself opted for a nice big bowl of seafood ramen. If you are however are able to fight off the urge to try the street food and are willing to pay just a little bit more you can also order set menu’s which not only include ramen or rice, but also several fried side dishes and soup.

Although it may be an option for those with a JR Pass, it is not very advisable to take the shinkansen if you are coming to Kobe for Nankinmachi as Shin-Kobe is on the far northern side of the city which is about a 30-minute walk away from Nankinmachi. However, if you are also visiting Kobe’s foreigner district and the Rokko mountain range it is of course a good option.

Open with Maps
Written by: Bjorn
Filed under: Food and Drink | Things to Do
Tags:
Sharing