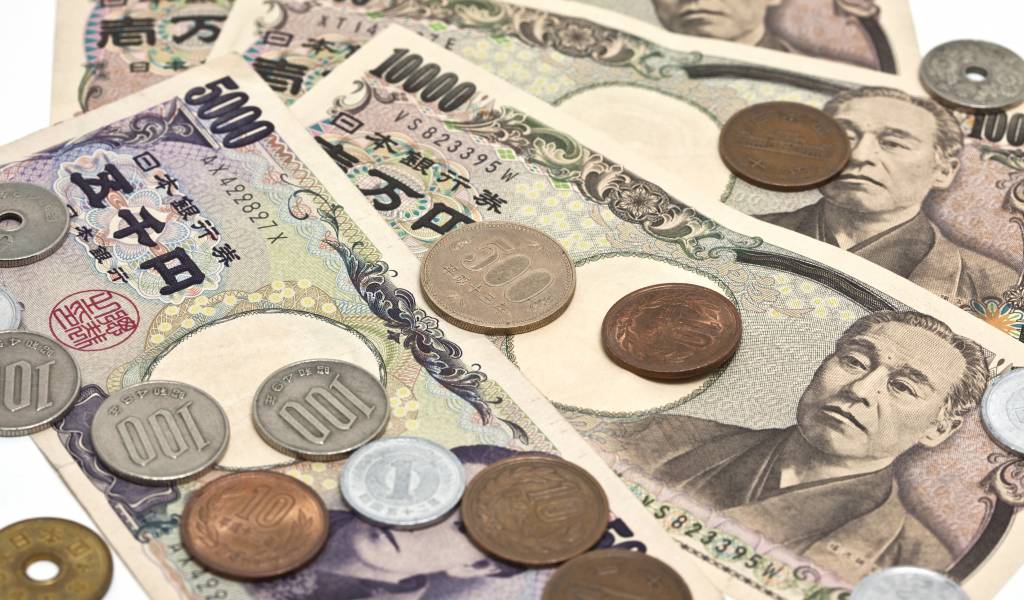 Chances are, the first time you saw a Japanese price display, you gasped. If you’re used to dollars, pounds or euros, adjusting to what things cost in yen can be a learning curve. Unless you habitually handle rupees, riels, won or dongs (if you’re wondering, that’s the Cambodian currency), the yen’s habit of starting at three figures and heading inexorably upward can give you pause. Unfortunately, there’s nothing we can do about that. You may as well learn to appreciate the beauty of the Japanese coins and notes instead, so here’s a quick overview of the history, designs, and buying power of Japanese money.

Back in the day, the official Japanese currency was the mon, and these bronze and copper beauties would have made an accountant’s heart wither in his chest. Towards the end of the Muromachi Period, the mon caused chaos: each Japanese domain minted their own mon coins, with whatever denomination suited them best, which meant that the amount of currency rolling around the Japanese economy fluctuated. Prices went mad and currency value crumbled.

It took a political one-eighty to stabilize things: shortly after the Meiji Restoration, the 1871 New Currency Act brought in the yen, and defined it as 1.5 grams of gold, or 24.26 grams of silver. Silver was more popular with Japan’s neighbors: most of the coins in use around China and Hong Kong were silver. Many of them, through a feat of 19th-century globalization, were Spanish silver dollars imported into the region, via the Philippines, from Acapulco on Mexico’s Pacific Coast. The first native Asian silver coin was the Hong Kong silver dollar, introduced in 1866. But it turned out that most traders still preferred the Spanish coins, so Hong Kong sold its minting machinery to Japan.

Japan was just getting started: the 1872 National Bank Act kicked off a proliferation of banks, which issued identical convertible notes that crowded government notes out of the market. An amendment to the Act in 1876 banned converting the notes to equivalent amounts of precious metal, and in 1882 the newly established Bank of Japan was given the monopoly of controlling the money supply. And what beautiful money it is.

If you know anything at all about Japan, you’ve probably twigged that its culture is soaked—impregnated, even—in symbolism and metaphor. Every Japanese coin that leaves your hand and falls into the innards of that nifty vending machine is a work of art.

The humble one-yen coin, exactly one gram of aluminum, displays a young tree, a symbol of the growth of Japan. This coin minted at a loss. It will buy you nothing: one yen, for those of you taking notes, is worth less than one US cent. In fact, just about all you can do with a one-yen coin is a fun little surface-tension experiment: place it carefully enough, and it will float in water.

Smooth-edged and made of copper and zinc, the five-yen coin is worth about USD 0.04—still not a lot of help if you’re trying to buy lunch. The front of the coin displays a rice plant growing out of water, with a gear design around the central hole. This is the only Japanese coin with no Arabic numerals. On the back is stamped the year of issue (in the Japanese, not Gregorian, calendar), two tree shoots, and the kanji for “Japan”: 日本. The rice plant, water and tree sprigs symbolize Japanese agriculture and fisheries, while the gear stands for industry. That’s a lot of meaning packed into 3.75 grams. But the humble five-yen coin carries good luck: in Japan, it is often the first coin put into a new wallet.

Look very closely at this one: on the back is a depiction of the Phoenix Hall of Byodo-in, a major Buddhist temple in Uji, Kyoto Prefecture. In Japan, the phoenix, or hoo, is a symbol of the Imperial House, and is believed to appear only in places blessed with the most utmost peace, happiness and good fortune. This is an animal you want on your money. For sheer mythological heft, it beats the all-seeing eye or any number of endangered animals. The back, perhaps a little anticlimactically, displays a bay laurel wreath, a symbol of victory.

Initially, the 50-yen and 100-yen coins were similar: both were copper-nickel coins stamped with flowers, and in the bustle of a busy shop, people would often mix them up. To stop this happening, a new design with a hole punched through the middle was introduced in 1959. The 50-yen coin displays the chrysanthemum, a very heavy-duty bloom in Japanese culture—it is the symbol of the Emperor. Both the 50 and 100-yen coins have Arabic numerals on the back.

Most of the 100-yen coins you see today are the 1967 design, which swapped out a sheaf of rice for the quintessentially Japanese sakura, or cherry blossom. You wish you loved anything as much as Japan loves cherry blossoms. They are symbols of the ephemeral nature of life, the graceful acceptance of karma, and carry so much other cultural weight we’d need a separate article to dig into it.

You are now in the presence of a master. The 500-yen coin is one of the highest face-value coins in use worldwide: it’s worth about USD 4. In most countries, that’s a handful of small change or a small sheaf of notes. In 1982, it replaced the 500-yen note. This may or may not have been the wisest move for Japan, since the 500-yen coin is the most counterfeited piece of Japanese currency, largely thanks to its resemblance to the Korean 500-won coin and a subsequent unfortunate ability to fool vending machines. A new design introduced in 2000 had anti-counterfeiting measures built in, including modified electrical conductivity. Most vending machines will now reject any pre-2000 500-yen coin, so if you run into trouble, get your small change checked. As if to celebrate its snowflake status, the 500-yen coin is lavishly decorated: paulownia for freedom and resilience (also the symbol of the Prime Minister), bamboo for prosperity, purity and elegance, and mandarin oranges for abundance and good fortune.

The Ministry of Finance brought out yen and sen (a now-defunct currency) banknotes for public circulation in 1869, but the notes as they are today are a post-WWII introduction. Between 1945 and 1951, Allied occupying forces and Australia issued yen notes in smaller denominations, as did the Bank of Japan. The notes in circulation today are known as the D Series, brought in in 2004—or, if you’re Japanese, Heisei 16.

The most striking thing about this blue note is the dapper chap with the fantastic hairdo, Hideyo Noguchi. Trained as a physician and bacteriologist, Noguchi went to the United States in 1900, and his history after that is most charitably described as checkered. He did establish that it was a microorganism that causes syphilis, but there’s quite a lot of evidence that he did this by doing some human experimentation (not that he was the only scientist of that era to use those methods). Having been turned down for several Nobel Prize nominations, Noguchi switched his efforts to developing a yellow fever vaccine in Central America. He didn’t, but, on the bright side, he did accidentally invent a vaccine for leptospirosis in the process. After leaving Central America in what might have been a dark frame of mind, he made another attempt at developing the yellow fever vaccine, this time in Ghana. He became quite eccentric, doing all his labwork at night to avoid fellow researchers. Unfortunately his lab hygiene left something to be desired; he caught yellow fever and died in Lagos, Nigeria.

The back of the 1,000-yen note is much more peaceful: a view of Mt Fuji over Lake Motosu in Yamanashi Prefecture, based on a photograph by the early-twentieth century Japanese artist Koyo Okada.

Moving swiftly along to this relatively new arrival on the Japanese market, the two-thousand yen note was issued in the year 2000 to commemorate the 26th G8 Summit, which was held in Okinawa. The obverse shows the Shureimon, a massive gate of Shuri Castle in Naha, Okinawa. The reverse shows a scene from the Tale of Genji, which is definitely the first Japanese novel and probably one of the first novels worldwide. It has been required reading for pretty much all Japanese people since the 12th century.

The author, also on the note, is known by the pen name of Murasaki Shikibu. She was a Japanese lady-in-waiting in the 10th and 11th century, during the Heian Period. Murasaki was an unusual woman for her time—she read and spoke Chinese, as well as being versed in the more traditional female pursuits of music, calligraphy and poetry. Murasaki was instrumental in developing Japanese as a written language, but nobody is entirely sure who she really was.

If you ever carry pounds sterling and yen in the same wallet, be sure to put Jane Austen alongside Higuchi Ichiyo—they’d have a lot to talk about. Born Natsu Higuchi, Higuchi Ichiyo lived poor and died young in the Meiji Period, but she managed to become one of Japan’s most celebrated writers. Small, awkward, nearsighted and suffering from TB, she wrote like an angel: her collections of short-stories establish her as one of the country’s premier proto-feminist authors. Unfortunately, she’s respected more than she’s read: Higuchi’s work is written in Classical Japanese, the equivalent of Shakespearean English.

The other side of this stylish purple note shows an image of Japanese irises adapted from Ogata Korin’s kakitsubata-zu, the Iris Screen, one of the Japanese nation’s most valuable artistic and cultural properties. Korin’s byobu screen, showing purple irises over water, is based on a tanka poem in the collection Tales of Ise, and is said to have inspired Vincent van Gogh.

If you have one of these, cherish it: not only will it buy you and a loved one a lovely dinner, but you are holding in your grubby paws a portrait of one of the founders of modern Japan, Yukichi Fukuzawa. Fukuzawa was an author, writer, teacher, translator, journalist, civil rights activist and diplomat. History is silent on whether he ever had time to sleep. Fukuzawa started out as a rangaku scholar learning Dutch; he established a school for it in Edo, now Tokyo, in 1858. But Dutch was in decline as the language of trade in Japan: after the arrival of Matthew C. Perry’s Black Ships in the mid-1800s, Fukuzawa discovered that most of the European merchants now spoke English. So he taught himself English, with very little help. He was sent on the Tokugawa Shogunate’s first diplomatic mission to the United States, published a Japanese-English dictionary in 1860, and was part of the first Japanese embassy to Europe. Upon his return, he published 10 volumes of “Things Western” between 1867 and 1870, becoming Japan’s foremost authority on the West. In 1890, the Dutch school he had established in Tokyo began to offer university courses: today it is Keio University. Fittingly, the back of this note features the hoo phoenix, a symbol of high virtue and grace.

Now that you’ve been forced to appreciate the wealth of culture and history that sits crumpled up in your wallet, check out this handy guide to what you can actually use it for: 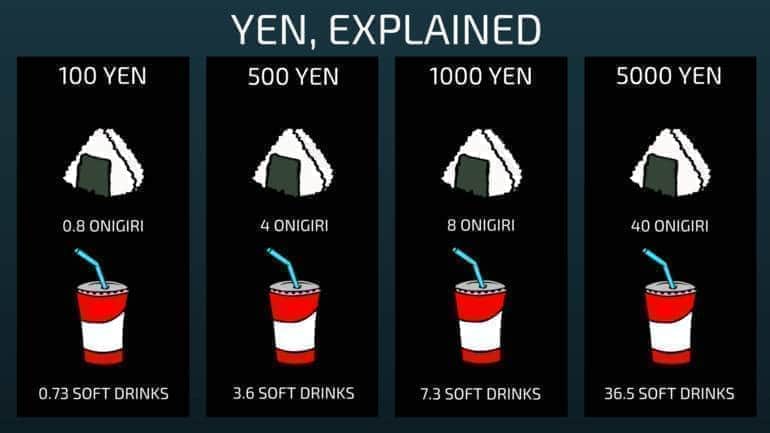