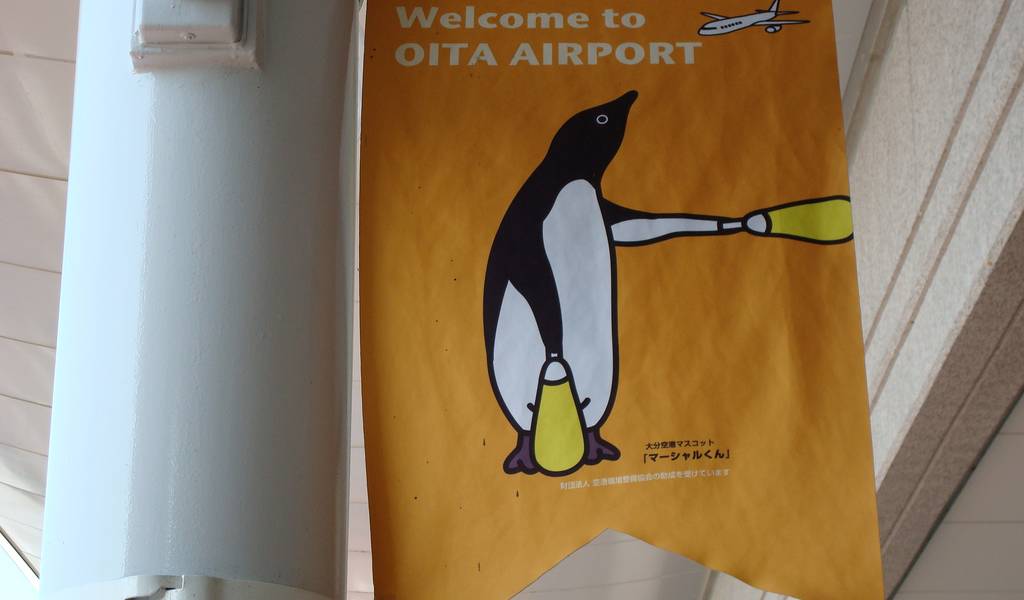 How to Get from Oita Airport to Beppu, Yufuin and Oita City

If you’re coming from Tokyo, Kansai or South Korea, Oita Airport is your best bet for getting to Oita Prefecture’s famous onsen areas of Beppu and Yufuin cheaply and quickly. As is often the case in Japan, the airport has been put in a slightly far-flung part of the prefecture, so you will need to consider your transport options for getting to your final destination.

Unless you’re staying at some pretty high class digs, airport transfers will not be offered by your ryokan or hotel – you’ll need to make your own way there, or at least to the main train stations.

The airport is well served by buses. If you’re heading to Yufuin or Oita City there is only one route to each. However, if you are heading to Beppu, you can jump on the Beppu bus or you can also hop on to the Oita City bound bus — since it stops in Beppu on the way to Oita City.

If you’re heading to Beppu and staying at a mega resort like Suginoi Hotel, you can catch a shuttle bus from JR Beppu Station, which is the terminus of the Beppu bus, or take a short walk from the Beppu Kitahama bus stop (Oita City bus). If you’re staying somewhere smaller, you’ll need to get a taxi from the bus stop.

There are 6 “Air Liner” buses that run directly to and from Beppu Station each day. They run at 8:25am, 9:55am, 12:15pm, 1:50pm and 6:35pm. One more bus departs the airport at either 4:35pm or 5pm depending on the day of the week. Additionally, the “Air Liner” for Oita City stops at Beppu Kitahama (a few minutes walk from Beppu Station) up to 28 times per day. Make sure not to catch an “Airport Express” for Oita City as these don’t stop in Beppu. Travel time is approximately 51 minutes.

In addition to the “Air Liner” that departs up to 28 times per day (with stops at Beppu Kitahama on the way) there are also “Airport Express” services which run directly to Oita Station without stopping. The travel time for the Air Liner is 1 hour and 5 minutes, while the Airport Express will slice about 12 minutes off the journey.

The usual rental car suspects (Toyota, Nissan, Nippon Rentacar, Budget and Orix) are available as well as lower cost, foreigner-friendly option Times Rental Car. Rates start at around 6,500yen/day. Much of the driving in Oita is also not on expressways, so there are fewer expensive tolls than other prefectures in Kyushu. Since you may be planning to stay ensconced in an onsen for a few days, you could rent the car for the day, drop off your gear at your accommodation, whiz around the local attractions and then drop the car off at the local train station – for about 6,500yen excluding fuel.

There are plenty of taxis lined up outside the airport, but unless there are four of you to fill the seats and split the cost, it’s an expensive option.

The closest train station is a 30-minute drive from the airport.

Although this would be by far the most awesome option, sadly, the Oita Airport to Beppu Hovercraft ceased operations in 2009. To see what we modern day folks are mising out on, take a look at this YouTube video of the hovercraft just before it stopped running.

Disclosure: Our writer’s trip to Kyushu was undertaken with the support of Japanican.
Oita Airport to Beppu/Yufuin/Oita City
Oita
Written by: Greg Lane
Greg's Japan favorites are: Hirosaki Guide: Japan in a Nutshell, Hoppin’ on the Brew Wagon: Kanazawa’s Best Craft Beer Bars, 10 of Japan’s Most Impressive Castles
Filed under: Travel
Tags:
Sharing