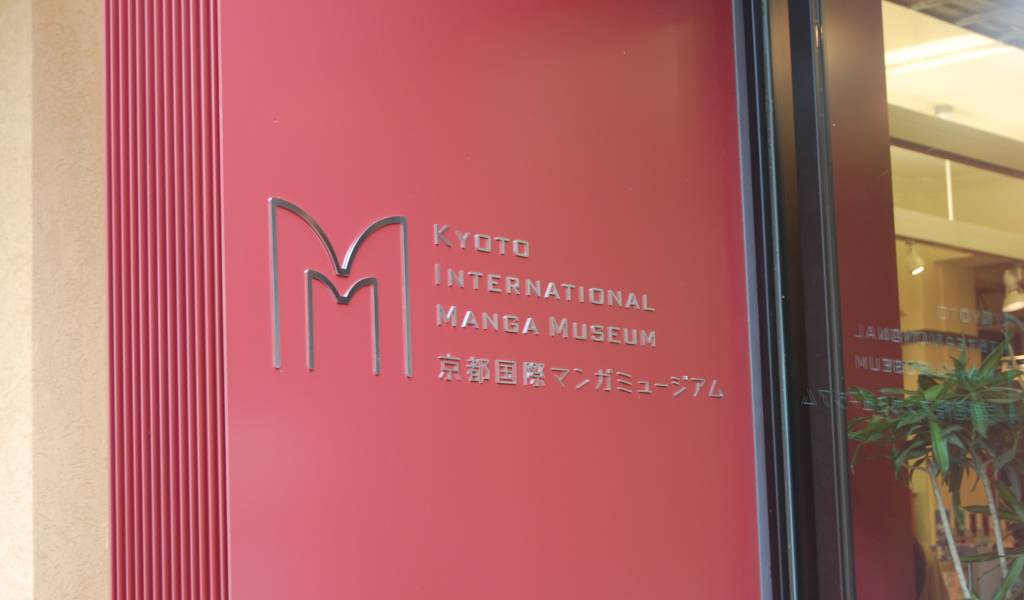 Without a doubt, some of you cheapos are mega manga fans. And if you’ve come to know Japanese culture through popular manga such as Dragonball and One Piece or have gotten hooked on some lesser known manga, then the Kyoto International Manga Museum is the otaku haven to turn to, second only to Tokyo’s Akihabara district.

First I feel inclined to clarify one thing, the museum is more of a library than an actual museum, which makes sense considering it has a collection of over 300,000 manga ready for you to read freely. A lot of these books were donated by the former rental bookstore Okubo Negishi Books in 2005. Although there are plenty of seats available, many readers prefer to make themselves as comfortable as possible and either choose to be seated on the floor or lie out on the lawn outside the museum on a sunny day.

Before you go off to your place to sit or lie down, it is time to find and pick your manga of choice from the Wall of Manga. For those who cannot read Japanese, the Wall of Manga features about 1,000 English, 550 French, 1,340 Chinese and 670 Korean translated manga which you can easily find the location of by using the museum database touch screen. In general shonen (boys) manga are on the 1st floor and shojo (girls) manga can be found on the 2nd, while seinen (young adults) manga are on the 3rd floor. On the 1st floor, visitors with small children will also find the Children’s library, which features 3,000 picture books to read together with their future manga reader.

You can also learn quite a bit the history of manga and even join workshops on drawing some scenes yourself. Attached to the museum is Kyoto Seika University’s Faculty of Arts, which also displays graduation works at the museum during special exhibitions, and the university’s International Manga Research Center.

Occasionally, there are special readings from paper scrolls with age-old manga with stories passed down through the ages. These readings are known as kamishibai and originate around the 12th century when Buddhist monks tried to bring Buddhism to the lives of illiterate farmers. You will also find that the oldest manga in the world—Choju-Jinbutsu-giga, or ‘Scrolls of Frolicking Animals and Humans’ in English—is also housed within the museum. The story of this manga I have already devoted some attention on in my article on Takao, where the manga was originally written at the temple Kozanji in northwestern Kyoto.

The museum is open every except for Monday from 10:00 until 20:00 (final entry 19:30) for a fee of 800 yen for adults, 300 yen for high school and junior high school students or 100 yen for elementary students and younger. Please be aware that special exhibitions may require an additional admission fee. If you are a resident in the region you may want to consider getting a “Yearly Passport”. At 6,000 yen for adults, 3,600 yen for students and 1,200 yen for elementary students and younger, the passport provides you unlimited entry to the museum. To apply for the passport simply buy a ticket from the vending machine and fill out an application form at the museum’s reception.

The museum is very conveniently located in under a minute walk from Karasuma Oike Metro station on the Karasuma and Tozai Lines. Furthermore, you can combine your visit to the Kyoto International Manga Museum with other attractions in the area such as the Kyoto Imperial Palace or Nijo Castle.