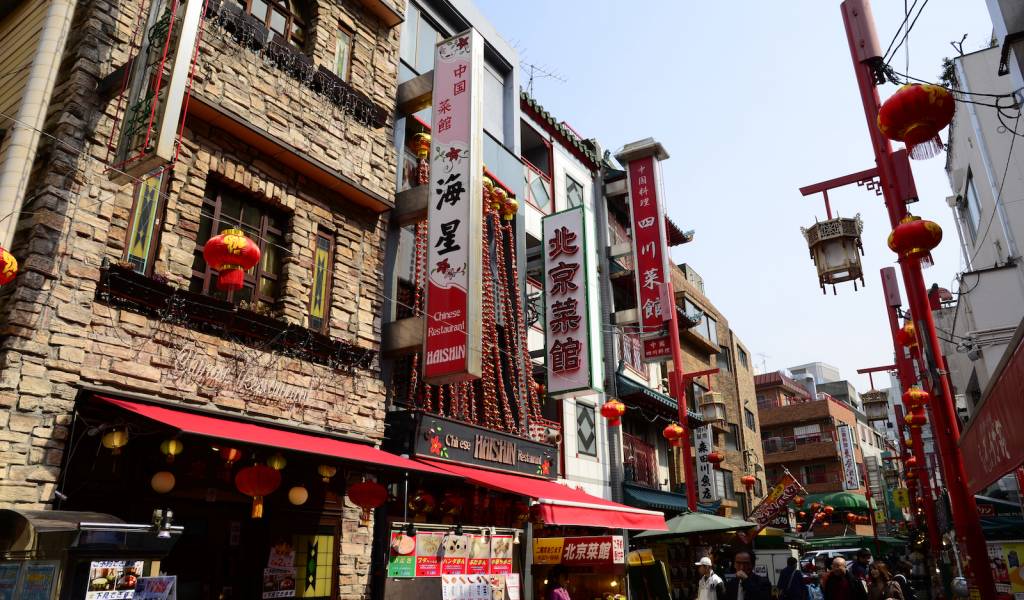 The Three (Mouth-Watering) Chinatowns of Japan

Chinese have always been the largest group of migrants in Japan. While few still choose to live in neighborhoods with Chinese majorities, these Chinatowns are well worth a visit to experience something different and, of course, excellent food.

The three major Chinatowns in Japan, known as chukagai, were originally inhabited by Chinese merchants settling in the country’s main trading ports in Yokohama, Kobe and Nagasaki towards the end of the 19th century. Over time others joined them resulting in the emergence of Chinatowns with several thousands of residents.

The Chinatown in Yokohama is by far the most famous among foreign visitors and Japanese residents alike. Located just a few minutes by train from Yokohama Station, Chinatown is extremely convenient to get to from Tokyo and for most people won’t take more than 45 minutes in total. Once you get off the train, the mouth-watering fragrance of goma dango (fried sesame balls filled with red bean paste), will guide you to Chinatown. It is rare to not see hundreds of people browsing the dozens of small shops filled with panda-related items and even rarer to see anyone escaping their cute paws without a purchase.

The most enjoyable part of any Chinatown, however, is their abundance of street food to savor while walking around. As with many foreign dishes in Japan, yes even Chinese ones, the flavor is slightly adjusted to be more along the tastes of the Japanese rather than 100% authentic to their native counterparts. For those of you who have had to chance to taste both, please do share the opinion of your taste buds with us!

Kobe’s Nankinmachi is perhaps the smallest of the three neighborhoods stretching across two main streets and a central plaza—but certainly packing a lot of charm. The must-try dish here is the traditional moon cake dessert eaten for good luck. Unfortunately, they are not available throughout the year and only on offer during the mid-autumn festival in September and October.

Nankinmachi is located near Motomachi Station, which is the next stop from Kobe-Sannomiya Station in the city’s center.

Last but not least is Japan’s oldest Chinatown in the beautiful city of Nagasaki, Kyushu. As the country’s only port open to foreign trade during the era of seclusion, Nagasaki welcomed merchants from the few countries Japan was willing to trade with, which includes the Dutch and the Chinese.

The vermilion gates of Nagasaki’s Chinatown now welcome many visitors to enjoy its unique sara udon made of fried noodles topped with fresh vegetables and seafood. Most of the over 40 restaurants in the district are open between 11:00 and 15:00 for lunch and 17:00 to 21:00 for dinner. The best way to get to Shinchi Chukagai is by tram on line 1 or 5 and hop off at “Tsukimachi”.

All in all, these three Chinatowns offering fun sights and interesting shops offering anything from panda goods to traditional medicines are well worth a visit. There is hardly a bad time to visit them but they truly shine around Chinese New Year when they host their colorful festivals with dance and music. Oh, and did we mention the food? In case you were wondering, this article was indeed written on an empty stomach craving for some goma dango…

Hyogo Nagasaki Tokyo
Written by: Bjorn
Filed under: Food and Drink | Things to Do
Tags:
Sharing