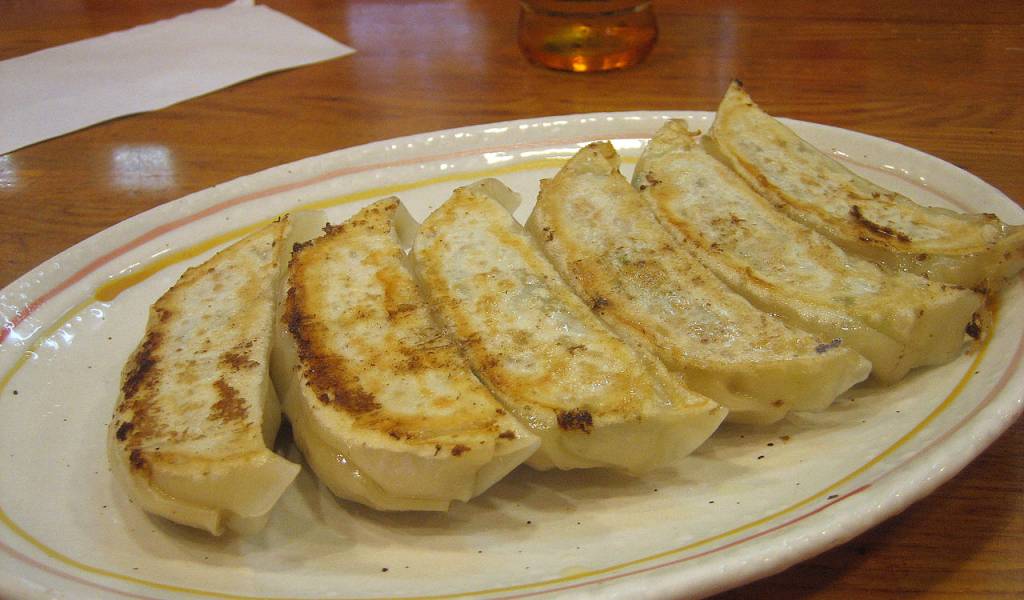 Kagoshima Ohsho: Hearty Gyoza and Chuka Ryori for a Steal

How can you fault a chain of restaurants with the slogan “umai, yasui, hayai” (delicious, cheap, fast)? Well, you can if they don’t deliver, but Kagoshima Ohsho luckily does.

If you’re an aficionado of gyoza (grilled dumplings) you may be familiar with Gyoza no Ohsho (literally ‘Gyoza King’). Gyoza no Ohsho is an enormous chain with 687 stores throughout Japan. Kagoshima Ohsho has the same name and a similar menu, but it’s unrelated to its nationwide counterpart.

Despite the world identifying gyoza as a Japanese dish, in Japan itself, it’s considered chūka ryōri – Chinese food. Also on the menu are a variety of food that are considered Chinese staples in Japan. If you can’t read kanji, they do have a menu with pictures, so you can probably point to what you want.

Here’s a sampling from the food menu.

And here’s the drink menu.

The food at Kagoshima Ohsho isn’t something to go out of your way for, but if you find yourself in Kagoshima or neighbouring Miyazaki with an empty stomach and a near empty wallet, then you can’t go wrong – even if you can’t read the menu.