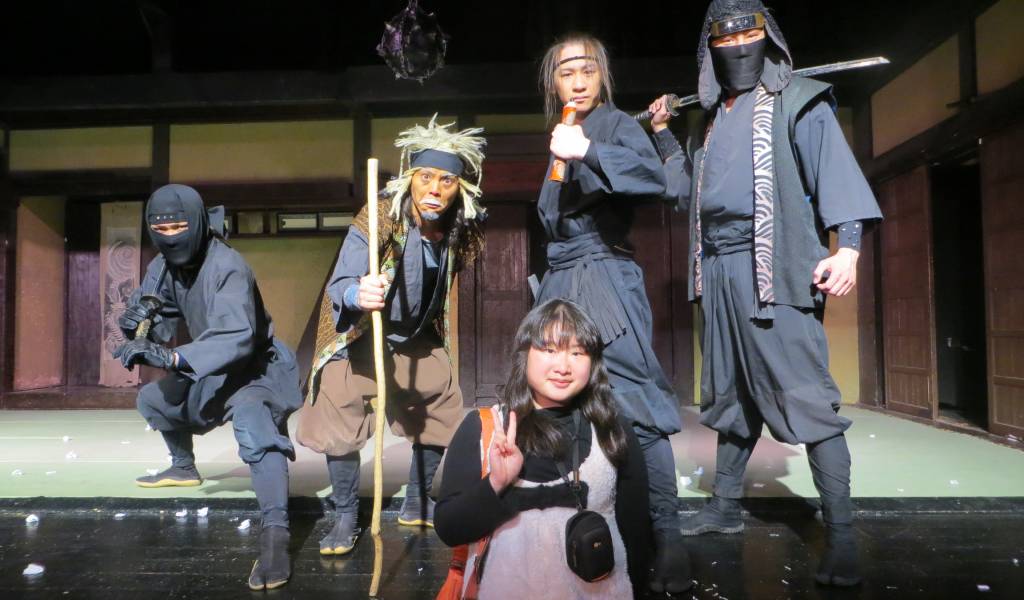 You’ve heard of Disneyland, Universal Studios Japan, and Fuji-Q Highland. But considering that Japan has a truly rich traditional and cultural heritage, perhaps you want to see what life was like in ancient times and maybe feel like you’re starring in a historical drama. Become a samurai (or ninja, or geisha) for a day at these four Edo-style theme parks.

If a bit of light time-travel sounds like your jam, these four theme parks will take you back to the bustling Edo period of Japanese history. You can expect pretty much the same things in most of them: ninja houses with trapdoors and mazes, haunted houses filled with Japanese ghosts and monsters, samurai, ninja, and/or geisha performances, costume rentals and photo studios, picturesque areas that are perfect for photo ops, and reconstructions of Edo-era houses and other establishments, most of which you can enter and explore.

Three of the four Edo-era Japan theme parks mentioned here, Toei Studio Park being the exception, used to be owned by the same company. In fact, they still share a mascot: Nyan-mage, a cat with a topknot like that of a rounin (masterless samurai). These theme parks may be touristy, but they’re a lot of fun!

The hot spring resort town of Noboribetsu in Hokkaido was developed by the descendants of Kojuro Katakura, a retainer of the famous warlord Masamune Date. Noboribetsu Date Jidaimura, aka the Date Historical Village, stands as a tribute of sorts to the frontier spirit of Katakura’s descendants.

Noboribetsu Date Jidaimura offers the chance to dress up as an Edo-era warrior or aristocrat (either for the whole day or just long enough to get your picture taken), explore the Katakura residence and a traditional Japanese dry garden, and see traditional Edo-era housing. You can also try your hand at Edo martial arts, or, for those who don’t dig archery, more sedate pursuits such as traditional festival games, painting kokeshi dolls or spinning tops. There are also oiran and ninja shows.

Aside from these attractions, the park has a samurai resource center, ninja museum, katana museum, and the O-Nyanko Temple. O-nyanko is another way to say “cat” in Japanese (think of it as the equivalent to “kitty”), and its facade looks like your usual shrine, except that it’s filled with maneki neko (beckoning cat) statues, which occasionally make mewing sounds. However, go past the attraction entrance and you’ll soon realize that it’s a haunted temple filled with demonic cats … because Noboribetsu is also known as Hokkaido’s “demon town”!

The town is near a valley known as Jigukodani, or Hell Valley (not to be confused with the snow-monkey Jigukodani in Nagano). Locals long ago believed that only demons could survive in the valley’s sweltering conditions of hot water and steam. So when you’re done with samurai and suchlike, take a stroll around the town to go demon-spotting and soak in the plentiful hotsprings that dot the area.

Nikko, a popular day-trip destination from Tokyo, is home to Edo Wonderland, which is arguably the most popular Edo-era theme park out there. It’s a filming location for many period movies and dramas. It offers a ninja experience (for those who ever secretly wanted to try being a ninja), an indigo fabric dyeing experience, a sword exhibit, game booths (darts, shuriken, etc.), a boat cruise, and even a recreation of a prison.

Kids can try being a little ninja, samurai, or even an okkapiki, an Edo-era police officer—and they get a certificate of completion afterwards! Edo Wonderland has more shows and processions than the other theme parks listed here, as well as seasonal events and festivals, such as a New Year’s celebration.

Nikko is a great weekend getaway, and it’s relatively easy to get there from Tokyo, so definitely consider this one if you’re unable to get up to Hokkaido or down to Kyoto.

Unlike the others listed here, Toei Studio Park isn’t purely an Edo-themed park. It’s an actual studio for Toei, producer of many movies and TV shows, notably the Super Sentai and Kamen Rider series, which are big hits among children and feature Japan’s equivalent to superheroes. Most of the park looks like a village from the Edo period, but there are also buildings housing an anime museum and a superhero-themed area.

As for the Edo-style attractions, they’ve got the usual fare, as well as a street performance, a reenactment of being in a terakoya (traditional Japanese classroom), albeit one where you learn about film-making, a behind-the-scenes look at jidaigeki (period drama) film-making, a swordfighting lesson, and a guided tour around the park (unfortunately, this is only in given Japanese).

This theme park in Mie Prefecture‘s Ise City recreates the Azuchi-Momoyama period, which was towards the end of the Sengoku Period. The park is known for its recreation of the magnificent Azuchi Castle, Oda Nobunaga‘s palace, which burnt down in 1582. You can explore the castle, which has a sparkling golden room and a viewpoint overlooking the entire park and Ise Bay. You can also try your luck at Japanese archery and watch Edo-style theater.

Note that additional charges apply to some attractions (those in the Yuryo-kan). Unlike the other theme parks, you need to pay per attraction, but if you just want to stroll around, it’s ¥2,500 for entrance for adults, ¥1,200 for teens aged 12-17, and ¥900 for children aged 3-11.

If, for whatever reason, you can’t or don’t want to check out one of these four Japanese theme parks, there are plenty of other ways to step back into the Edo era.

Close to Tokyo, the old town of Sawara (part of Katori City) in Chiba Prefecture has preserved its Edo heritage, and there are tours which include a river cruise, cycle tour, sake tasting, and a visit to one of the country’s oldest shrines.

Even nearer to the metropolis is Kawagoe in Saitama Prefecture, where you can take group walking tours around the old town.

Somewhat further afield in Shizuoka Prefecture, Shimada City’s Ooi Shrine and Houraibashi are well worth a look for their Edo-era vintage. There are tours that include both of these, plus the Shimada City Museum, the Ooigawa River Crossing ruins, and a chance to shop for Japanese goods.

This post was first published in 2015. Last updated by Kylie van Zyl in February, 2019. While we try to ensure accuracy, details may vary.