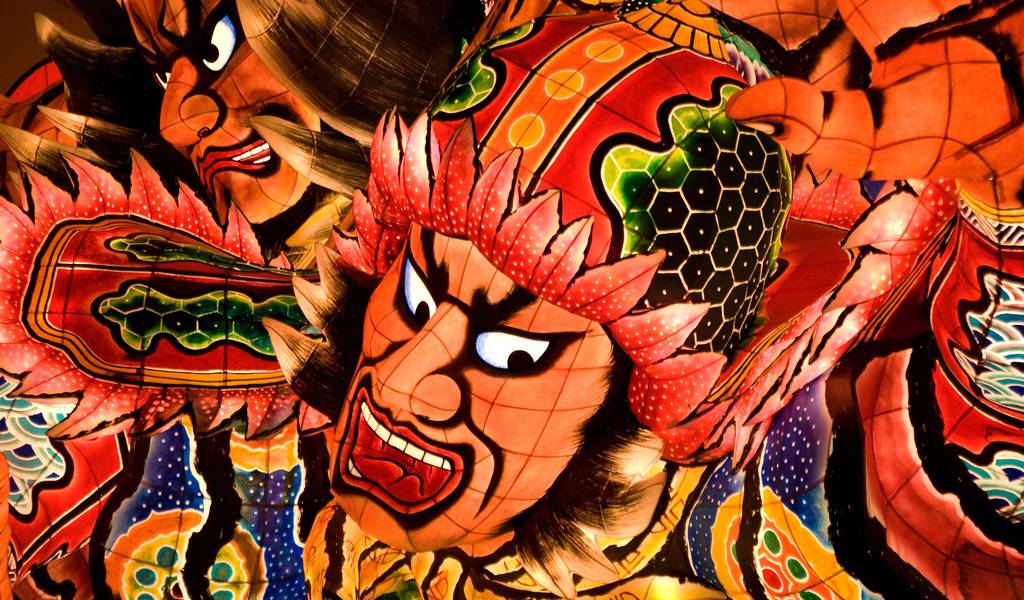 Summer may be an uncomfortably hot season for most of Japan (not so much if you live in Hokkaido, though… but very much so if you live in Okinawa!), but, as if to make up for the hot and humid days, the Japanese have so many ways to enjoy summer that this season is teeming with festivals and celebrations. As such, it was difficult coming up with this list. It would’ve been one thing if we were just talking about one area, but narrowing down so many festive events around the country to just 5? Anyway, without further ado, here’s the list of the 2016 Japan summer events worth checking out from July to August:

Lasting an entire month, the Gion Festival‘s scale and significance are quite evident—it’s one of Japan’s largest festivals. Named after Kyoto’s traditional geisha quarter, this festival takes place in and around (but mostly around) Gion. It’s definitely got the works: processions with ornate floats, costumed performers, food and game stalls, and the elusive geisha and maiko. This might be your chance to get a good look and/or picture of them instead of a fleeting glimpse. The festival highlights are the huge, heavy Yamaboko Junko (floats that can weigh up to 12,000 kg), which will be paraded around on July 17th and 24th. The three days leading up to each parade will see roads being closed off to vehicles, booths taking over the streets, and some houses exhibiting their heirlooms to the public. The rest of the days tend to have minor processions.

Another one of Japan’s 3 great festivals, the Tenjin Festival, which literally means “festival of the gods” and is dedicated to Sugawara no Michizane (the god of learning), is best known for its large-scale processions. The first is a land procession with about 3,000 participants clad in imperial garb. Next is a boat procession, during which the participants of the land procession board boats on the Okawa River as the sun sets, and parts of the boat are set aflame as a nod to how people in ancient times used to do so for night patrols and fishing. As the boats sail and illuminate the river with the flames, fireworks light up the night sky, making it a day of much merrymaking. Note that most of the action happens during the second day, starting from Tenmangu Shrine for the land procession and ending at the Okawa River.

We grouped these 3 festivals into one category because they all take place during the same time frame, and are in the same region, so if you want to see one, you might as well make the most of your vacation and see the rest. (Hint: the Seishun 18 ticket is your friend if you want to save money—but are prepared to lose a lot of time—on transportation!) Two of these three (Akita Kanto and Nebuta) have the designation of Important Intangible Folk Cultural Property.

The Akita Kanto Festival and the Sendai Tanabata Festival are both related to the star festival (tanabata—in the latter’s case, the association is pretty evident!). Although many regions celebrate tanabata on July 7th, Akita and Miyagi Prefectures celebrate it in August in accordance with the lunar calendar.

The kanto in Akita Kanto Festival (a different kanji from the region called Kanto) means “pole lantern,” so the festival is characterized by performers demonstrating balancing tricks with poles and colorful night parades with lanterns dangling from long poles, resembling plants with giant hanging blossoms.

The Sendai Tanabata Festival, meanwhile, is a large-scale celebration of the star festival, with decorations and colorful strips of paper hanging from various locations. A fireworks show brings the last night of the festival to an illuminating end.

The vibrant and colorful Nebuta Festival consists of several large, lantern-like, internally lit floats, often depicting imposing figures like gods and warriors. The floats are paraded to the accompaniment of dancers in a traditional costume called haneto, which you can buy or rent at several shops in the days leading to the festival. Putting on the haneto, you can join the parade and dance along as well. You can watch the parade around Aomori and Shin-Aomori Stations, among other locations in the parade route.

The Awa Odori Festival is one of the most famous Obon (also known as Bon) festivals, obon being a time to honor and commemorate the dead by cleaning their graves, placing offerings on altars, and dancing the bon odori (dance), which differs from region to region. While obon can be celebrated solemnly, as in the case of floating paper lanterns down rivers as guiding lights for the dead, some obon festivals are more festive, the Tokushima Awa Odori being one of them. It’s a time for the people of Tokushima to perform their distinctive bon dance. It’s basically a huge, infectious dance festival that lasts well into the night. Spectators are more than welcome to join in; after all, the traditional Awa Odori chant playfully goes, “The dancers are fools / The watchers are fools / Both are fools alike, so / Why not dance?”

Another obon festival, this one takes place in various areas around Nagasaki. While it’s a loud festival, it’s also meant to be a symbolic, solemn, respectful affair. One part entails the welcoming of the dead—as they are said to return to and wander the earth in August—via firecrackers and incense. The second part, however, is for those who have lost loved ones to parade spirit boats down the river (floats believed to carry the deceased) to symbolically send off the deceased. While the procession is mostly a personal affair for the families of the deceased, it also has a slightly festival-like atmosphere because larger, more eye-catching spirit boats built by non-mourners (in this case, they are meant to commemorate obon in general, or are a collective spirit boat built by a local group for everyone who’s lost a loved one) also form part of the procession.

Be sure to check out the various fireworks festivals around the country from July to August! Tokyo alone already has plenty, and many prefectures such as Hyogo, Hiroshima, Hokkaido, and Fukushima have their own, too.