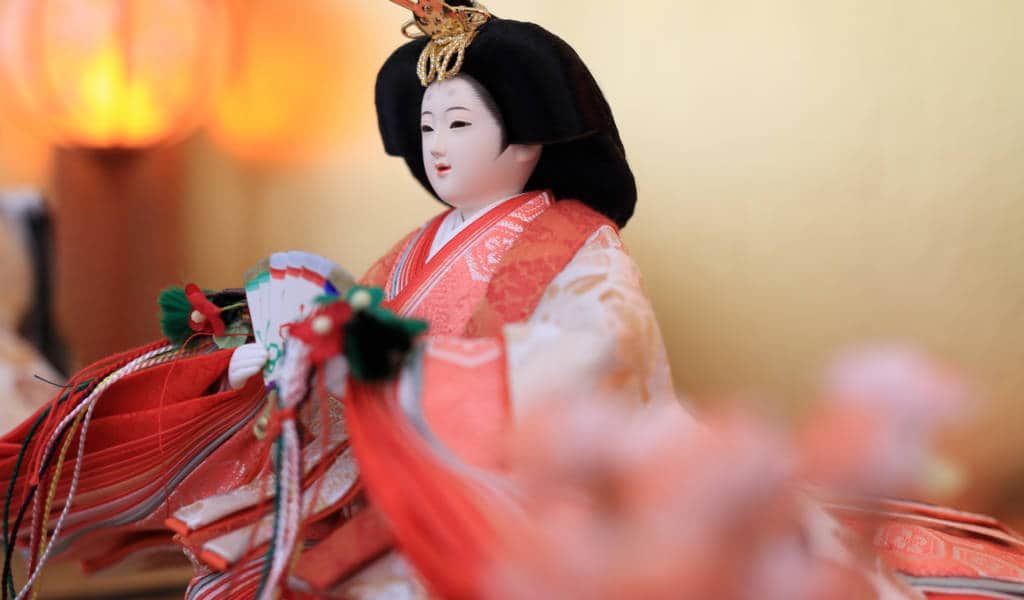 Celebrating the Girls and Boys of Japan

Each year on March 3rd girls become the center of attention in every Japanese household during a festival called Hinamatsuri—while boys have to wait a bit longer until May 5th.

Who run the world (on March 3rd)? Girls!

The name Hinamatsuri, or Girl’s Day, is derived from the tradition where parents (or grandparents) buy a newborn girl a set of hina dolls. Some families hand down these sets of dolls from generation to generation to bless each girl with health and happiness. The dolls wear ancient Japanese costumes worn by the Imperial Household and other nobles during the Heian period.

Displaying the dolls is quite specific as the stair-style platforms (usually five) suggests. On the top platform there are the Dairibina, being the Emperor (in Kanto on right, but in Kansai on the left) and the Empress, and often a vase with flowers is displayed between them with two lamps on their side. The next platform is reserved for the Sannikanjo, which are three court ladies, followed by the third platform for a Goninbayashi group encompassing a taiko drum, ootsuzumi drum, kotsuzumi drum, flute and fan. On the fourth platform there are two ministers with rice cakes and a bowl table, while the last platform has three helpers or guards, one of which laughs, the other is angry and the last one cries. Additional platforms tend to show carriages or doll-sized furniture and may indicate the generations of the family over time as each generation adds something to the collection.

The dolls were believed to be able to contain bad spirits and used to be set afloat into the sea to ensure the safety of one’s children. Nowadays this tradition has almost disappeared (Tokyo still holds a doll floating event, though) and parents quickly clear out the dolls either the same or the following day, as leaving them out too long may result in a late marriage for their daughter.

Rice wine and diamond-shaped rice cakes, named hishi-mochi, are offered to the dolls along with flower blossoms, which are often plum blossoms as they are in full bloom during this time of the year. The hishi-mochi come in a variety of colors, yet pink (related to the blossoms), white (snow) and green (growth) are by far the most popular. Another delicious treat during the festival is hina-arare, a small rice cracker, which, depending where you are in Japan, is flavored with sugar or soy sauce.

Let’s hear it for the boys

Originally May 5th was intended to celebrate boys, which makes sense considering that almost every single other member of the family has a special day assigned to them. Nonetheless, in 1948 the day was officially rebranded as Children’s Day, although many families on this day prefer its original celebratory focus on boys.

Whereas the hina dolls for Hinamatsuri pray for healthy growth and happiness, Boy’s Day sees koinobori banners in the shape of a carp flown from each house symbolizing determination and vigor—just like a carp overcomes many obstacles to swim upstream. You may also see samurai figurines and helmets on display to inspire the same strength and bravery those noble warriors held. With regards to treats, Japanese households enjoy on this day kashiwa-mochi, another type of rice cake wrapped in oak leaves.

Since the day is no longer just for boys, yet has remained an official holiday as part of the (in)famous Golden Week, many kids events are organized by local communities. Popular activities, aside from these organized events, include flying kites in the park or treating children to a day out at an amusement park, etc.

Girl’s and Boy’s Day are two special holidays in Japan encompassing both a genuine heartfelt tradition as well as true enjoyment for the next generation. If you are a parent traveling in Japan with a young child, feel free to join the locals in this celebration.