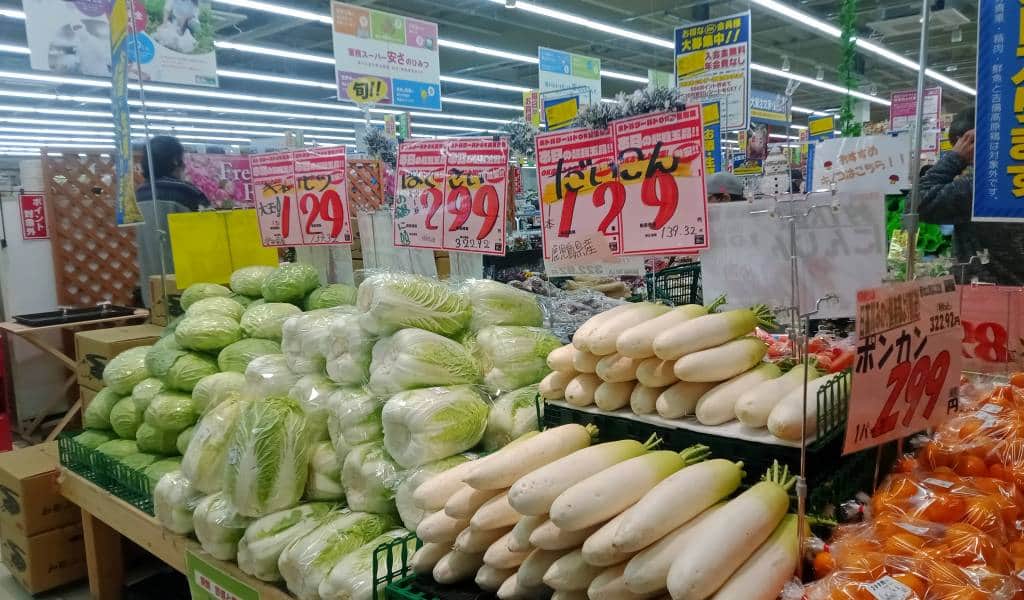 Gekiyasu Discount Supermarkets: Living it up on the Cheap in Osaka

Japan is expensive, or so they say. When considering rent, utilities, or the cost of car ownership, they have a point. However, with Japan’s competitive grocery retail sector, there’s no reason to cut down on your favorite foods. There’s almost certainly a discount supermarket near you—especially in cheapskate Osaka. Read on to find out what you’ve been missing out on.

The discount supermarket or gekiyasu sūpā

Supermarkets in Japan give you a mixed run for your money. Hoity-toity department stores display carefully selected produce almost polished to perfection, while select brands compete with organic imports, and deli offerings rival a night out at a gourmet restaurant.

Local suburbs all have their friendly mid-range ‘sūpā’ where dodging grocery laden mama chari is all part of the fun. However, the gekiyasu sūpā, which can be roughly translated as ‘dirt cheap supermarket’ is where shrewd shoppers go for the best deals in thrifty Osaka.

How they make it so cheap and what to know

Discount supermarkets in Osaka and beyond go to various lengths to deliver affordable value. One common strategy is to cut superfluous overheads such as packaging and instead displaying deals in the cardboard box they were delivered in.

Besides not focusing on premium brands, discount supermarkets often sport their own cheaper in-house ones. Costs are cut through direct purchasing and shipping, and preferential partnerships with suppliers. The basics also tend to boil down to cash-and-carry convenience. However, recently this has been changing with a wider acceptance of credit cards and mobile payments.

You may think that fresh produce at a discount supermarket is somehow not as good as that at regular supermarkets. However, with the occasional exception of fresh meat and fish, this is not typically so.

Most stores also have a pamphlet advertising the deals of the month. You can pick this up at the store or download it from their website. Also, while shopping, keep an eye out for yellow price tags for bonus deals.

Best discount supermarket shopping in Osaka and beyond

If you live in the vicinity of one of these supermarkets, then it probably doesn’t need an introduction. That said, any of these grocery gold mines could be just a short trip away, and each brings something different to the table. Before you grab your eco-bag, here are some basic details on the top discount supermarkets in Osaka and around Kansai.

Opening and closing times often vary a little from branch to branch. For the opening hours of a discount supermarket near you, check the store website.

For available payment methods, it’s useful to know how these are categorized in Japan. Mobile payments using apps like PayPay, MPay, dPay, LINEPay, and RPay, are classed as QR Code apps. Contactless cards like ED, iD, QUICPay, Suica, or ICOCA, are eMoney or denshimanē in Japanese. Some store point cards are also chargeable for using as electronic money. For more about these methods, see our article on contactless payments in Japan.

You may hide your cheap side by day, but by night, let your wallet run free at Lamu Mega Discount Land. Lamu Supermarket is usually open 24 hours. Stores are a mix of shelf displays and out–of-the-box deals.

Lamu is probably the best all-round discount supermarket chain in the Osaka and western Japan. Generally, their range of fresh meats and fish is the best, and this includes the possibility of jumbo deals.

The freshest and biggest deals in town

Lamu Supermarket ranks top for bento, deli foods, sushi packs, and bulk bread packs. Don’t be shocked if good-sized bento are going for less than ¥200, and popular deli favorites for even less. Keep an eye out for their super cheap in-house D-Price brand and packages. Yellow tagged discounts are plentiful as is fresh produce. You can often pick up jumbo packs including base ingredients, snacks, and meat.

Originating in Kurashiki, Okayama, Lamu Supermarket ventured out to conquer the East all the way to Niigata. They are part of the Daikokuten group which includes the brand Deo, and the super cheap Value 100 supermarket which is unique to Ibaraki City, Osaka.

As great as Lamu Supermarket is, they aren’t so hip to the cool of modern Japan. Cash is king, while credit cards and store cards are out. Mobile payments are only available with the pokepay app from PocketChange. The app will set up in English and you have to add the Daikokuten Pay wallet.

Each Gyomu Supermarket (業務スーパー) has a different vibe. In more well-to-do areas you’re likely to find fancier treats and goodies. Suburban branches have more fresh produce or meat. The stores have a cosmopolitan vibe without the pretense or high prices of other supermarkets.

Gyomu Supermarket, even in Osaka, isn’t your 24-hour discount shopping co-conspirator. Nor are they your till-11pm-buddy, but prices are low and monthly specials make the day. They often appear with their cheap booze buddy, namely the OK Liquor store. Some stores have deli foods and may integrate a Watts 100 Yen Shop.

A big plus is how the Gyomu Supermarket website displays full info on all their key products. It’s therefore easy to check ingredients, dietary, and allergy information. You can easily use google translate or rikaichan, and there’s a full listing of halal certified foods.

Gyomu Supermarket has a basic app and point card. However, it’s in a trial phase and only works at the Ishimori Ikawadani store in Nishi Kobe and Tengachaya Ekimae store in Osaka. You can download the app from your favorite app store and register as a customer.

Although limited to just two stores, you can use the app to browse and locate other stores. You can also check the latest chirashi deals or read updates in Japanese. Gyomu Supermarket is currently working towards online shopping.

You can sign up for a regular point card which is actually an OK Bottle World and OKest Fresh Mart card. For every ¥100 spent you get one point equivalent to 1 yen — which is twice that of Supercenter Trial. When your point balance reaches ¥500, you can get a ¥500 discount coupon.

Sundi Supermarket (サンディ) was the first cheap no-frills box store or hard discount store (HDS) in Kansai. There’s no fancy shelving and products are mostly displayed in their original boxes. Usually, each store has an associated bento shop and coin laundry.

This discount supermarket chain opened doors in 1980 and now has over 160 cheap storefronts mostly in Osaka, and Hyogo. Others are located in Kyoto and Okayama, with a few in the Kanto region.

The Discount Deals at Sundi Supermarket

Stuff you can buy cheaply at Sundi supermarket are common everyday food items for the Japanese kitchen. There are few, if any, direct import goods. Depending on the store, some of the deals on fresh produce meats are not too bad. You can often get basic dairy pretty cheap, as well as great deals on ice cream, limited alcohol, cheaper quality rice, and also a range of refrigerated food preps.

No Frills at The Sundi Tills

Until pretty recent times, Sundi was basically a cash and carry. Only towards the end of 2021 and now into 2022 are they accepting credit cards, PayPay, and MPay QR payments. It’s not at all stores, but you can check on their website. Their simple website has a great search function on the front page. Just enter your postcode and the results will list the supermarkets nearest to you. Currently, there is no store card or integration into any third party point system.

Trial is more than just a discount supermarket which is why it’s called “Supercenter Trial”. Unlike the popular Daiki home center, Supercenter Trial (スーパーセンター トライアル) focuses more on groceries.

They have DIY and household goods, electronics, pet care, a drug store, and cheap clothes from kids to men’s size 3L. Only the grocery section is open 24 hours, while other sections close at different times.

Supercenter Trial stores tend to be more on the outskirts of Osaka. This includes locations such as Newagawa, Izumi, Rinku Town, and particularly the Hyogo coastline. There are no stores within the prefecture of Tokyo, but there are around 54 in the surrounding prefectures. Their smaller grocery outlets have a red sign and they’re called Discount Store Trial.

Where AI and high tech bring you discount value

True to its name, Trial puts you in the spotlight. Back in 2018 the first AI directed smart supermarket was piloted at Trial Quick brand store in Onojo, Fukuoka. The AI is yet to spread its tentacles completely, but 38 stores have smart shopping.

In smart stores, multiple AI cameras observe the flow of shoppers and shelved goods. Smart shopping carts with LCD screens give product information and recommendations. You scan items as you go along for instant check out. All this is done with Hanshow Technology.

For semi-smart shoppers, Supercenter Trial has a prepaid store card and an app. For every ¥200 spent, you get one point which is equivalent to 1 yen. For every ¥1,000 you charge to your card, you get an additional 5 points.

Once you have the card, you can download the app. You have to scan the barcode and enter the pin on the card. With the app you can browse available items for online shopping. Without membership, there’s no real functionality to the app.