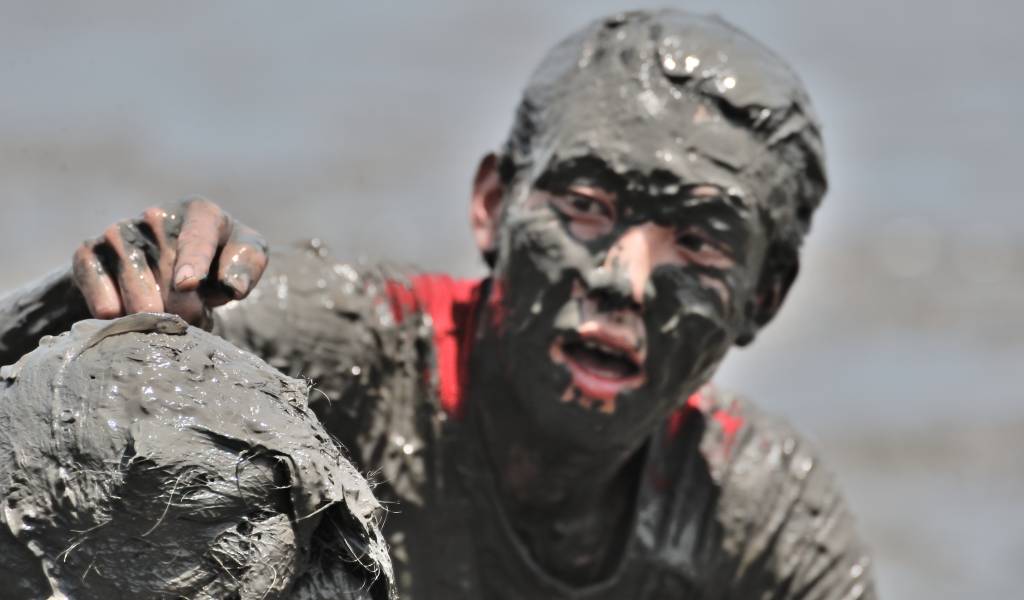 One of the functions of festivals around the world is to give participants a release from the restraints of their daily existence. In the Edo period, matsuri were renowned as rather debauched affairs in which revelers held little back. So, in famously clean Japan it should come as no surprise that there are some extremely messy festivals. Here are just a few of the messiest.

Kashima, on the Japan Sea coast of Saga Prefecture is blessed with large mud flats. To take advantage of this fact, the “Gatalympics” were invented. There’s no point to this festival other than having fun and getting very, very dirty. As an excuse to get an all-body mud pack, there are various athletic events in which to compete. 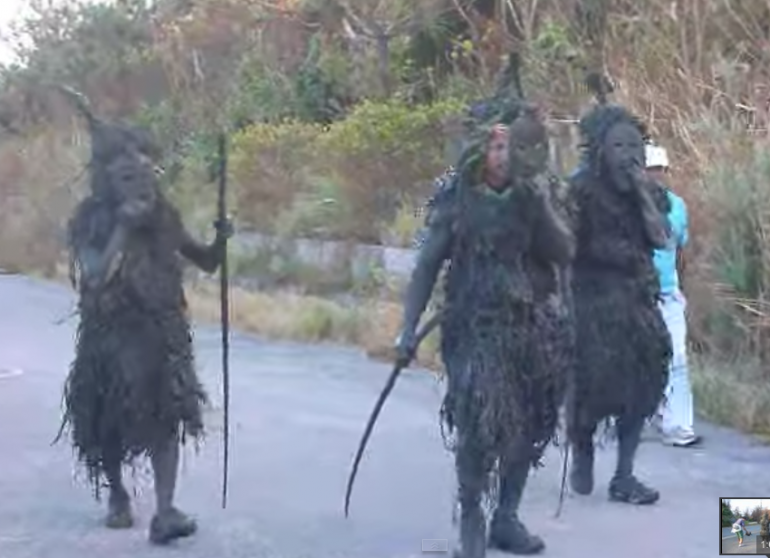 Paantu is a unique festival that takes place in the 9th month of the lunar year on the island of Miyakojima, Okinawa Prefecture.

Paantu also belongs to the “scare the crap out of small children” genre of festivals as you can see from the following video.

The protagonists resemble the creature from the black lagoon. Participants wear masks with elongated features and are covered from head to toe in mud. Their job is to chase residents (children especially) and get mud on them. The more you resist, the more they’ll go after you!

“Hadaka” means naked. While there are plenty of naked (well, almost naked) festivals around Japan each year, this festival uniquely takes place in a disused rice paddy.

The festival is to bring good health and fortune to the newborns of the town of Yotsukaido. Men in fundoshi (loin cloths) carry the babies into the rice paddy and daub their faces with the cold mud (this is during February).

After the ceremonial stuff is out of the way, it turns into a giant mud fight. There is a kids’ event also with local boys getting to join in the muddy fun.

This is often translated as the “face paint” festival, but that isn’t quite accurate. A better description would be the “sticky rice face pack” festival.

Taking place at Oyamazumi Shrine, this event features participants having “oshiroi” being smeared on their faces to see if they’ll have a good harvest or not. Oshiroi is the same stuff that geisha and maiko use to get that ghostly white complexion. It’s made from freshly harvested rice which is ground into a fine powder.

Participants aren’t allowed to remove the face-pack until they get home.

This is a bit different to the other festivals in that rather than ending up terribly dirty, you’ll just end up very wet. Considering that the festival takes place at the end of August—the height of summer—being regularly showered in cold water is one of the best features of this festival.

Written by: Greg Lane
Greg's Japan favorites are: Hirosaki Guide: Japan in a Nutshell, Hoppin’ on the Brew Wagon: Kanazawa’s Best Craft Beer Bars, 10 of Japan’s Most Impressive Castles
Filed under: Things to Do
Tags:
Sharing