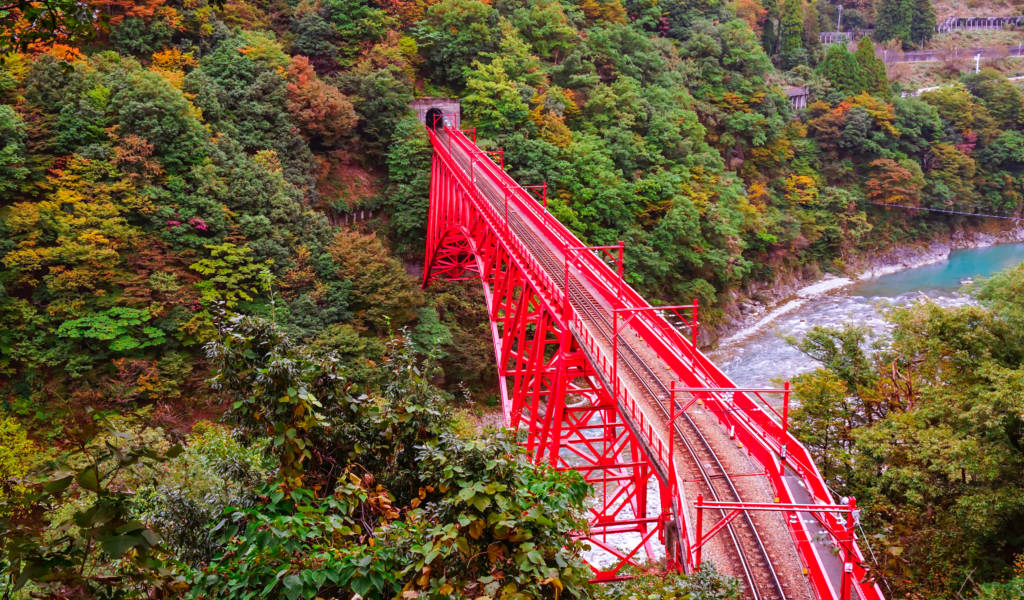 JR Central’s “tourist passes” are a little different from other Japan Rail passes. Rather than covering the whole country, like the classic JR Pass, or part of the country, like the regional rail passes from JR East and JR West (and all the other JRs), JR Central’s passes cover transit (both trains and buses) for specific itineraries.

These passes don’t cover much ground but do hit some major destinations and sights, including: Mt Fuji, the Kiso Valley, Matsumoto, the Tateyama Kurobe Alpine Route, Kanazawa, Takayama, Shirakawa-gō, Ise, and the Kii Peninsula.

The biggest city and major transport hub in these parts is Nagoya, Japan’s fourth largest city (after Tokyo, Yokohama, and Osaka).

The Takayama–Hokuriku Area Pass covers travel between Nagoya and Kansai — but in a roundabout way via Kanazawa on the Japan Sea coast. It is a bit like the Hokuriku Arch Pass; except instead of traveling from Tokyo to Kanazawa via Nagano on the Hokuriku Shinkansen, you travel from Nagoya via Takayama on the JR Takayama line. (This goes all the way to Toyama, where you can pick up the Hokuriku Shinkasen to make the short journey to Kanazawa, which is covered by the pass).

There is also an option to travel from Takayama to Kanazawa by bus, via the the World Heritage sites of Shirakawa-gō and Gokayama. Also included in this pass is travel to/from Kansai International Airport.

**Sample itinerary costs are calculated based on the cost of unreserved seats.

The Alpine–Takayama–Matsumoto Area Pass covers travel along the Tateyama Kurobe Alpine Route — a stretch of spectacular alpine scenery traversed via a series of cable cars, ropeways, and buses — as well as round-trip travel to/from the route and Nagoya.

The pass allows you to do the whole thing as a loop, so there is no backtracking. Like with the Takayama–Hokuriku Area Pass, you’ll travel from Nagoya to Toyama via Gero and Takayama. After completing the Tateyama Kurobe Alpine Route, you can return to Nagoya via Matsumoto and the Kiso Valley.

Important! The Tateyama Kurobe Alpine Route is only open April 15th through November (because snow). Many people like to visit in April and May because that’s when you can experience the region’s famous snow wall. Other popular times to visit (in other words when crowds are likely) include Golden Week and Obon and early October when the leaves change color.

The significant savings from this pass are largely due to the price of traveling the Tateyama Kurobe Alpine Route, which costs ¥11,920 to complete. But really no one pays full price to do the route: JR Central has a few different transport passes, which anyone can use (regardless of passport or visa status), that make the whole thing more affordable. (None of them are as cheap as this pass for foreign tourists, though).

Coming from Tokyo, this highway bus package might be a better deal. Also lots of people do the route (or parts of it) through an organized tour.

The Ise–Kumano–Wakayama Area Pass covers travel around the Kii Peninsula from Nagoya and Kansai, with a stop over in Ise, home of Ise Shrine — the most important shrine in all of Japan. Also included in this pass is travel to/from Kansai International Airport.

While several JR West passes include travel from Kansai to Kii, the Ise–Kumano–Wakayama Area Pass is the only one to cover select non-JR bus routes that allow you to get into the interior of the peninsula — where the onsen and pilgrim trails of the Kumado Kodō are located. (You can’t, however, use the pass to visit the mountain monastery Kōya-san). The pass also covers the local buses you need to get around Ise and other nearby sights.

Unlike the first itinerary, this one includes a full day of hiking the most popular/accessible part of the Kumano Kodō, plus the option to take a boat ride down the Kumano River (part of the traditional pilgrim route). The cost of the boat ride (¥4,300) and the bus between Kii-Tanabe Station and Chikatsu-yu (where you’ll begin your hike; ¥1,410) are not covered by the pass.

The total cost of this itinerary, including the boat ride, comes to ¥18,720. After subtracting the cost of the boat ride and the additional bus journey, that’s a savings of ¥1,800 (or ¥790 if you bought your pass in Japan).

The Mt Fuji–Shizuoka Area Pass is a little different than the other three JR Central passes. For one, it’s not centered around travel from Nagoya. You’ve also only got three days to work with, meaning you have to be extra choose-y about where to visit and what to do.

What the pass covers is travel along the JR Tokaidō Main Line between Izu Peninsula onsen destination Atami and Toyohashi, and the JR Gotemba line between Matsuda and Numazu. (There’s nothing particularly special about Toyohashi; this is just the section of track overseen by JR Central).

Plus side excursions — either by rail or by bus (or a combination of the two) — to Shuzenji, an onsen town in central Izu; the Mishima Sky Walk; Fuji Five Lakes; Shimobe Onsen in Yamanashi prefecture; FujiQ Highland; and the Gotemba Premium outlets. Among others: there are a whole host of minor attractions you can visit with this pass. It also covers a ferry between Izu and Shimizu.

Without a pass, this itinerary would cost something like ¥7,500 or more, depending on exactly where you go (those bus rides add up!). You’re definitely saving money here, but there are also other travel passes that compete with this one, including JR’s Tokyo Wide Pass, the Izu-Hakone Rail and Bus Pass, and Odakyu’s Fuji–Hakone Free Pass.

There are also plenty of tours from Tokyo that visit similar spots and are possibly better value (while also saving you the hassle of working out local transport schedules).

Since this pass also doesn’t cover travel to or from a hub city — like Tokyo, Nagoya, or Osaka — you are also (likely) on the hook for getting to this part of the country. Coming from Tokyo, you want to get to Matsuda, which is 90 minutes from Shinjuku on the Odakyu line (¥790). Coming the other direction, take a JR Tokaidō line train from Nagoya to Toyohashi (one hour; ¥1,340).

Who can use JR Central passes?

Where can I buy JR Central passes?

Passes are cheaper when purchased outside of Japan, which you can do online.

In Japan, passes can be purchased in Tokyo at the JR Central ticket office or branches of Tokai Tours at Tokyo and Shinagawa stations. They can also be purchased at major stations covered by the passes including Nagoya, Kyoto, and Shin-Osaka. Foreign residents should buy their passes in Japan.

Can I use a JR Central pass on the Shinkansen?

Only one of the JR Central passes (Takayama–Hokuriku Area Pass) covers any Shinkansen travel, and that is only a small section of the Hokuriku Shinkansen between Toyama and Kanazawa.

If you want to zip around on the Shikansen, the classic JR Pass is probably the best pass for you.

Can I travel from Tokyo using a JR Central pass?

No. The Mt Fuji–Shizuoka Area Pass covers travel from Matsuda, which is only 90 minutes from Shinjuku on the Odakyu line. All of the other passes require you to travel as far as Nagoya. From Tokyo Station, the Tokaidō Shinkasen travels to Nagoya in 90 minutes (on the Nozomi), two hours (Hikari), or 2.5 hours (Kodama) and costs ¥11,090.

Can I travel from Kansai using a JR Central pass?

Two of the passes, the Takayama–Hokuriku Area and the Ise–Kumano–Wakayama Area Pass, include travel from Kansai (including travel to/from Kyoto, Osaka, and Kansai International Airport).

The Alpine–Takayama–Matsumoto Area Pass requires travelers in Kansai to first travel to Nagoya. The fare from Shin-Osaka to Nagoya is ¥6,470; from Kyoto it is ¥5,700.