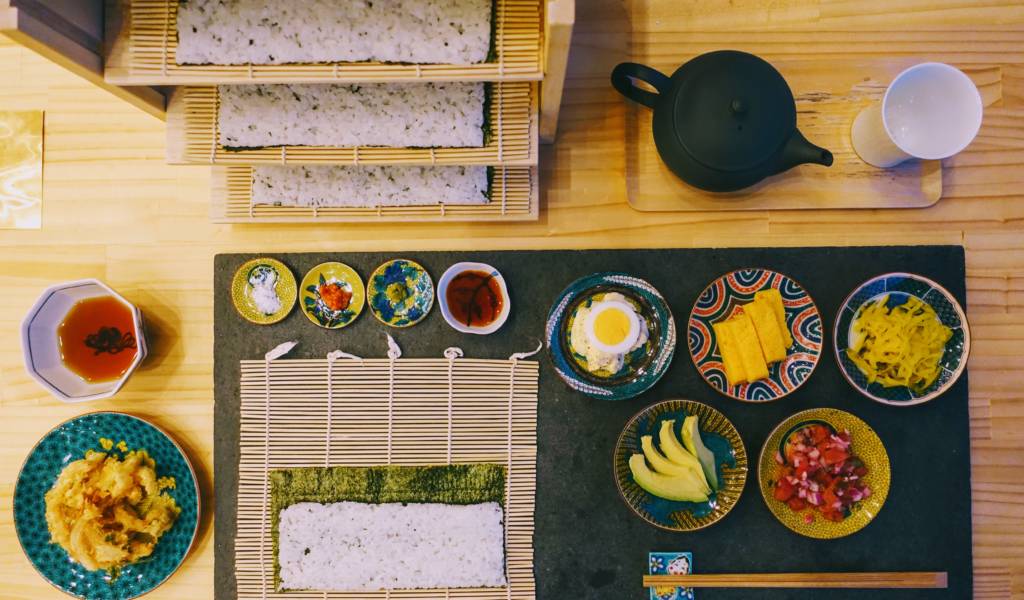 Five Great Places for Vegetarians and Vegans in Kanazawa

Kanazawa has a traditional feel, filled with geisha, tea districts and samurai streets, but the food scene has plenty of modern, alternative restaurants to enjoy.

While bigger cities like Tokyo and Osaka have a growing number of vegetarian and vegan restaurants, when you venture to smaller cities it can become a bit of a challenge to eat without meat. Kanazawa, however, has a surprising amount of delicious options, with more and more regular restaurants offering special dishes, meaning mixed-diet groups don’t have to split up, or go without. If you’re not sure about being vegan/veggie in Japan, we have a guide to get you started. It tackles all the main issues like kanji, the ubiquitous dashi, and some general explanations about being on a restricted diet in Japan. And now, our top picks for vegan and vegetarian restaurants in Kanazawa.

While the name may suggest a full-on veggie restaurant, Full of Beans serves meat and fish, but has a semi-secret veggie plate available. In a stylish cafe atmosphere with horigotatsu seating (traditional Japanese table that’s low to the ground) and space for groups, it’s a popular but not overly crowded spot for lunch. The casual setting is relaxed and the menu is simple, but delicious. Regular options include curry, salad and a daily special, and the vegetarian plate is a light, but filling mixed platter.

Although it changes seasonally, the general menu is the same. We enjoyed a ratatouille, potato wedges, salad, and a chilled pumpkin soup. The set comes with a drink, and a dessert option can be added for a few hundred yen—the staff are also careful to check which of the day’s desserts are vegan or vegetarian-friendly, which is great.

While not advertised, the special menu is readily presented at the hint of the magic word ‘vegetarian’ (pronounced be-ja-tarian) and is a nice-looking set. While it’s not clear why it isn’t on the actual menu, it at least gives a flourish of excitement when presented. 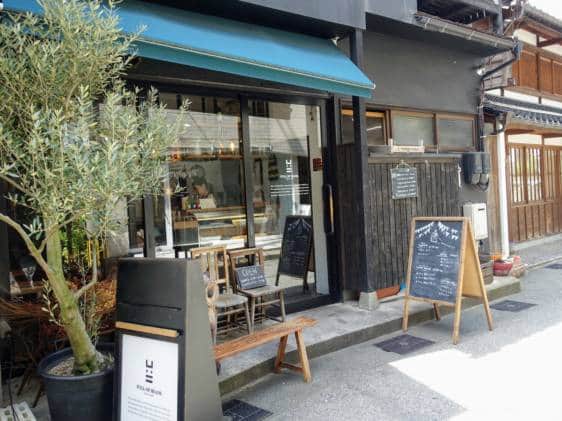 An excellent option if you’re looking for a chance to sample Japanese cuisine, the personalization of the meals here makes them perfect for everyone. Serving hasomaki sushi—a slim, rolled sushi—Coil allows you to choose your own fillings for your DIY dinner. In addition to the expected variety of fish, there are plenty of veggie and vegan options including tamagoyaki (omelette), cheese, mixed beans, avocado, sliced veg and pickles.

You can opt for five (¥1,280), six (¥1,480) or eight (¥1,780) filling options, and add extra rice if needed. The meal comes with four pre-prepped rice beds on rolling mats and it’s a surprisingly filling meal. You fill them (remember to keep them slim) and roll them, packing them tight, before eating them as they are (instead of cutting them into maki). Adding the self-service tea ceremony is a great option with plenty of local teas and traditional favorites. 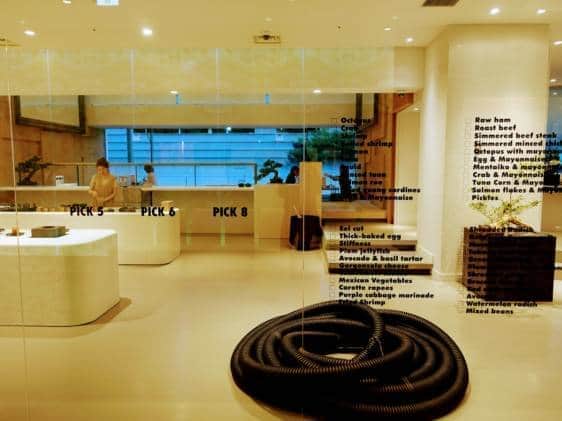 Sometimes in Japan, half the battle of getting meat-free food is the understanding of what vegetarian actually means. And all the trust in the world that the term translates isn’t so helpful if you’ve still got chicken in your rice. Luckily, at Cottage—run by Irish expat Tony and his wife Momo—you can say “vegetarian” and rest assured that’s what you’ll be getting. Making their own pasta and pizza from scratch, the super-friendly couple are happy to adapt meals and know what makes things veggie and what doesn’t—a refreshing state of affairs for sure.

Aside from being adaptable, the food is absolutely delicious. Chances are you’ll find Tony making pasta when you arrive, with pizzas just as fresh—they’re rolled and baked to order. The portions are perfect (i.e not Japanese size) and full of flavor. Given that good pasta can be weirdly hard to find here (unless you go to pricey Italian restaurants), this is a steal for homemade dishes and a lovely atmosphere. 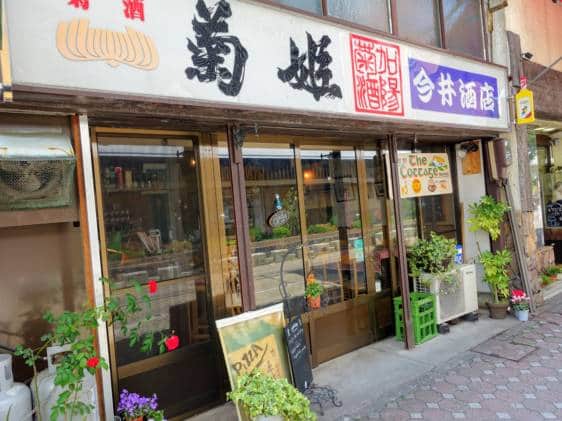 4. The Godburger: A fast-food delight

Vegetarian burgers are often dry, sad bean burgers (with no identifiable beans) and sometimes delicious, juicy, fake-meat style offerings—but they’re rarely just vegetables. While we were initially a tad dissapointed our dinner was going to be a literal vegetable burger, it ended up exceeding expectations. Cooking mushrooms, onions and other seasonal veg together in a ring on the griddle, the chef–owner creates a loose patty which comes topped with an egg (optional), avocado, lettuce and tomato as well as the mysteriously delicious burger sauce.

While it’s never going to be meat, the result gives (almost) all the joy of a burger—the crisp bun, the sauce, the juicy mushrooms. It’s pretty satisfying. Along with fries and a drink, it’ll cure your fast-food cravings, but actually leave you full. Plus, the real-meat ones looked delicious if you have a mixed group, so you won’t have any issues convincing people to visit. If you’re after a more convincing patty, head to Los Angeles (below). 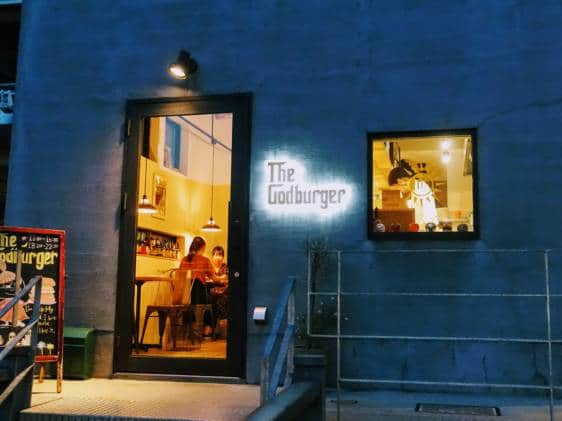 Tucked away in a quiet corner behind the castle park, Los Angeles has a surprising amount of street signs to follow. A smart but quiet restaurant, it’s entirely vegan and offers salad bowls, burgers and cakes. It was pretty quiet on our visit, but there is plenty of room for groups as it’s a pretty big space compared to most restaurants in Japan.

The menu options are tempting, with lots of meat substitutes, like seitan, on offer. The BBQ seitan bowl was filling, coming with a small salad and homemade dressing. There are homemade cakes and desserts to choose from if you’re still hungry, plus special drinks with energy and health-boosting promises attached. 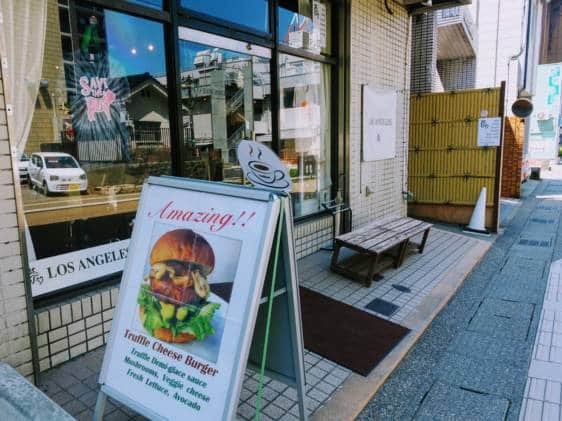 Looking to try the local cuisine? Here’s where to sample Kaga ryori.